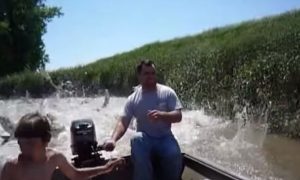 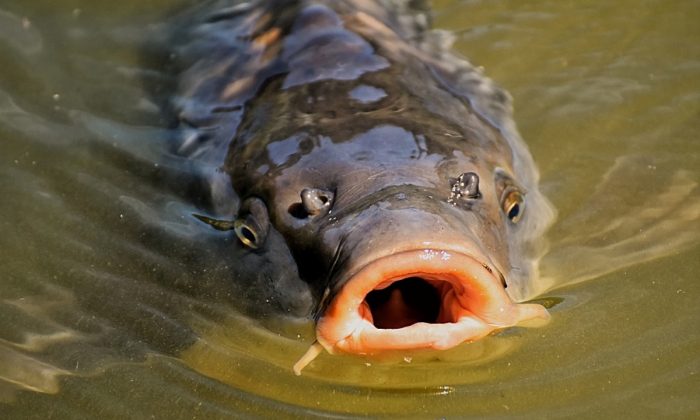 A British angler has caught the world’s biggest carp after an 80-minute-long battle on a lake in Thailand.

“After 80 minutes I finally brought it to the bank, and I couldn’t believe my eyes” John Harvey, 42, told the Daily Mail. “It was absolutely enormous, the pictures do not do it justice at all.”

Harvey told the Daily Mail on July 3 he was shocked when he weighed the massive fish on a stainless steel tripod. It was 232 pounds.

“As soon as it took the bait I knew it was going to be a big fish. It wasn’t fighting against me too hard, it was the weight of the carp that was the real challenge,” the Westleigh, Devon, man told the news outlet.

The self-proclaimed “casual angler” said the Siamese carp was so heavy, he needed help from two other men to hold it up for a picture.

“It was so difficult to even get a proper grip on the fish, it was huge,” he said, according to the news site.

Harvey, who has been living in Thailand for 14 years, celebrated the massive catch on July 3 by buying everyone at Palm Tree Lagoon at Chedi Hak a beer, the Daily Mail reported.

“Being a world record holder is the only claim to fame I’ll ever have – I’ve been showing everyone the pictures of the fish since I caught it’ he continued,” Harvey, who has been fishing since he was 3 years old, told the news site.

In a similar feat, a British man also caught a massive 222 pound carp after a 90-minute struggle in a lake in Ban Pong, Thailand, in 2016.

Tim Webb, of Crawley, West Sussex, managed to reeled in the giant after almost losing it, reported the Telegraph.

Webb, who owns a fishery in Thailand, said he used a simple bait of bread and bran rice to catch the fish. “It’s an amazing feeling to reel in a fish that is well over the world record,” he told the paper.

He said the catch was a thrill and fell in love with the massive fish. “As soon as I felt it on the end of my line I knew I had something special. I had to fight it hard for a long time because in effect I was reeling in a small car.

“There were one or two hairy moments but I managed to bring it to the bank. I was elated but shattered afterward,” Webb, 57, said.

The angler was so love-struck by the fish that he brought it out of the lake and released it in his own fishery.

“It was amazing to actually take it away with me and put it in my own lake.

“Having a fish of that size generates a lot of interest, people will want to come and have a go at trying to catch it,” he said.

Locally called Pla Caho, the Giant Siamese Carp is a native of Thailand waters and are found along the Mekong River through Cambodia down to the Mekong Delta in Vietnam, according to Mega Fishing Thailand.