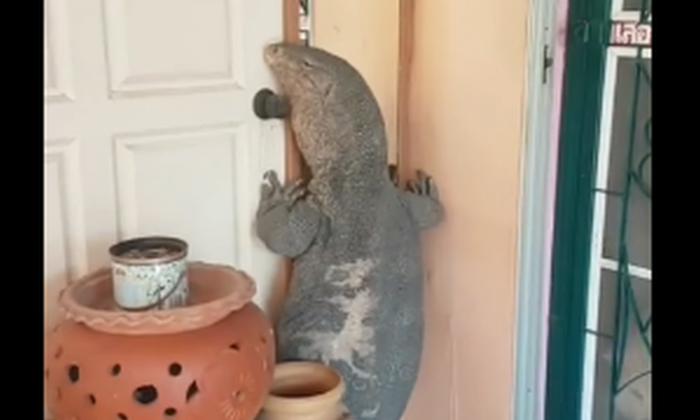 A gigantic lizard was spotted on the side of a man’s wall in Samut Prakan, Thailand.

Apparently, it’s a monitor lizard—not a Komodo dragon, which are native to the island of Komodo, Rinca, Flores, Gili Motang, and Padar in Indonesia.

The lizard was named “Selena” by the family.

Komodo dragons are famously aggressive and have killed people with their nasty bite. But monitor lizards in Thailand also attack people.