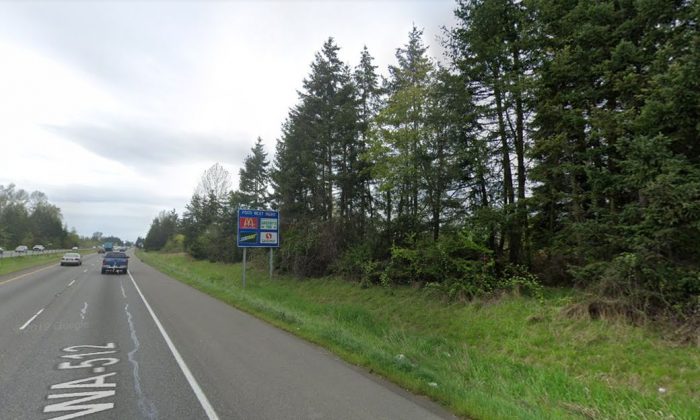 Man Captures Photo of Deputy, Reveals Secret Rendezvous on the Side of a Road

A man was sitting in traffic in Tacoma, Washington, and noticed a sheriff’s deputy car. When he glanced over to his right, he saw a deputy sitting near a tree in the bushes.

The man, Darren Ballard, said he had to do a double-take.

“I just couldn’t believe my eyes,” Ballard told CBS News, saying the deputy was eating a sandwich with a homeless man.

“Just saw this cop having a sandwich with a homeless guy in the cut wanting no attention just doing a good deed….there are good police officers out there people this made my day please share!!!!!” he wrote.

In a statement to local news outlet KING5 News, Ballard said that he looked “over and there’s an officer in uniform, sitting on the grass, sitting with a homeless guy sharing a sandwich and I was just blown away.”

Ballard then shot the photo, which was captured near State Route 512. The photo was shared thousands of times.

“To sit there and get personal with him on a level, he’s just being friendly. It’s awesome,” he said.

The homeless man was later identified as James Haynes, who spoke to KING5.

“He takes time out of his day to talk and if he gets a call, he’ll run and take it,” Haynes said.

He added that while he appreciates the food, he enjoys the company.

“He smiles all the time and makes me laugh,” said Haynes. “It’s very depressing out here.”

Huffman declined to comment on the photo, and a spokesman for the sheriff’s office said he doesn’t want any attention to the good deed.

“It meant a lot to me for everyone to see this image because there are awesome police officers out there and they don’t get enough credit,” Ballard said.

“Our deputy asked him if he was hungry the man said he was. So the deputy sat down with him and shared his lunch with the man,” he said.

Troyer said similar incidents have occurred “quite often” in the sheriff’s department.

A number of people praised the deputy.

“I think this is fabulous. Cops are humans too — just like this fellow that happens to be homeless,” one Facebook user wrote.

“Most are good people. It’s nice to see this side of them,” another wrote.

Ballard agreed and thanked people for sharing his photo.

“It’s nice for the police, who do handle their job with the utmost passion and respect in the field, get a break with some good positive news for a change,” he said.