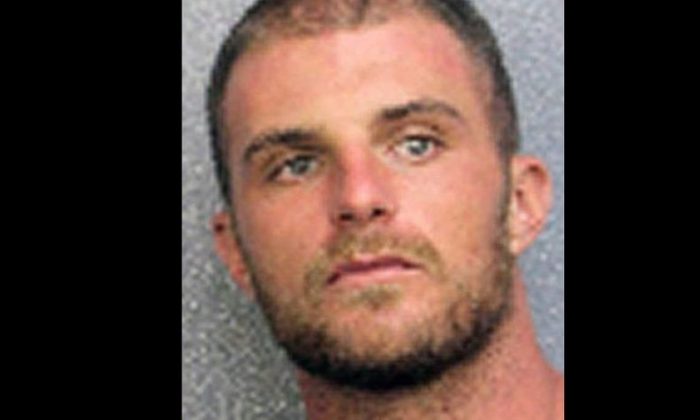 A man who has called himself a “voodoo priest” was charged in the death of a pit bull, it was reported.

Brendan Evans, 31, faces as many as five years in prison as well as a $10,000 fine if convicted, Fox News reported.

He was accused of beating and stabbing a pit bull, named Ollie in Florida. The animal was found inside a blue suitcase in an alley on Oct. 10 after officers heard the animal.

The dog died at an animal hospital two days later, and his story led to adoption calls from around the United States.

“Hollywood detectives and officers have seen and investigated animal cruelty cases before, but none as horrific as what we’ve seen in the case of Ollie,” said police spokeswoman Miranda Grossman, Fox reported.

“We will not tolerate any form of animal cruelty or violence in our city,” Police Chief Chris O’Brien said in a statement. “Each reported case of animal cruelty, be it physical abuse or neglect, is disturbing, and this case is particularly heartbreaking. We were all pulling for Ollie to survive, but unfortunately, he didn’t make it.

“However, due to our investigation, we are now able to provide justice for Ollie,” O’Brien said.

According to the Sun-Sentinel, officers searching Evans’s apartment found notes.

“Make the entire pit bull investigation go away. Return all curses placed on Brendan to their sender. Give Brendan peace of mind,” one read. The paper reported that Evans said on Facebook that he was a voodoo priest.

“It’s scary. I knew it was somebody in the area, you know. I just didn’t know it was this close to home, right across the street,” said neighbor Christine Baker, WSVN reported.

Police said they also found other dead animals inside his home when they searched it.

“That’s horrifying. I can’t even believe it,” said Baker.

Evans apparently told Fort Lauderdale Police in February that he wanted to kill a duck because of his religion, saying it was his right.