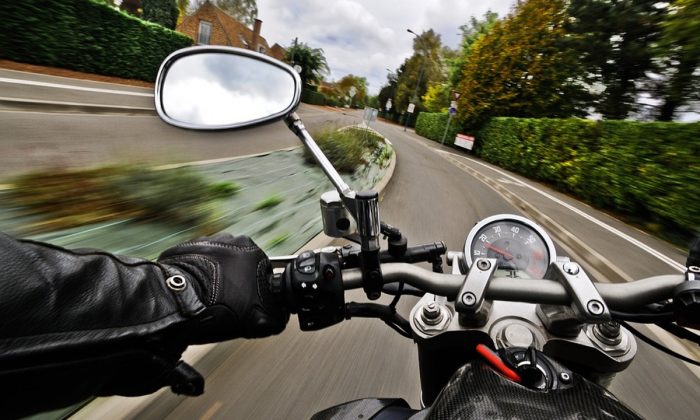 Stock image of a motorcycle. (Christels/Pixabay)
Crime and Incidents

A man in Anson, Maine, purchased a motorcycle and died a few hours later in a crash while on his first ride home on May 31.

Barry K. Morriss, 66, of Madison purchased a motorcycle on Friday morning and died in a crash half a mile from Campground Road near Cousineau’s Mill, reported WFMY News 2.

The Somerset County Sheriff’s Office received a report of the crash at 11:56 a.m. and upon their arrival at the accident spot, found a seriously injured driver.

The Somerset County Sheriff’s Office received a report of a single motorcycle crash on Valley Road in Anson around 11:56 a.m. on Friday, May 31. https://t.co/L79PKYlMvw

The Sheriff’s office said that speed and inexperience led to the crash. The driver, who was not wearing a helmet, lost control of the motorcycle and went into the shoulder of the road and was thrown from the vehicle into a ditch.

He was transported to Redington-Fairview General Hospital in an ambulance where he died later.

Morriss’s stepson was following him in a car. The case is under investigation.

Toronto Police have arrested and charged a 31-year-old man in connection with a hit and run that put a 4-year-old child in the hospital in critical condition.

Early on the afternoon of Sunday, May 26, a man riding a Harley Davidson motorcycle with a female passenger struck the child after he ran out into Victoria Park Ave., which borders Toronto and Scarborough. The rider and passenger fled the scene, according to a Toronto Police news release.

Police say the motorcycle pulled over after hitting the boy, the passenger got off, then the bike continued on.

“We’ve got information that the female got off the bike and walked away on foot. The motorcyclist continued northbound on Victoria Park and out of the area,” Toronto Police Traffic Services Sergeant Brett Moore said in a Twitter video Monday morning.

The man was arrested on Monday about 24 hours after the accident, but according to the news release police did not release his name in order to protect the integrity of the investigation. The initial release describes the man as white, with a black half helmet and black pants. A 2016 Harley Davidson Road Glide Motorcycle was also seized.

In a video Monday afternoon, Moore said investigators have identified the female passenger whom they believe to be involved as well.

He also said that in the 24 hours between the accident and arrest, investigators received 32 tips through Crime Stoppers as well as dozens of calls from community members asking questions and providing help where they could. Police canvased, collected, and looked at videos that people in the community provided.

Motorcycles are far less crashworthy than other vehicles and are more prone to the hazards posed by weather and road conditions, according to the Insurance Information Institute (iii).

Motorcycle crashes claimed 5,286 lives in 2016, and in the same year motorcycle riders were 28 times more likely to die in a crash than people in cars.

“Motorcycles are by their nature far less crashworthy than closed vehicles. They are also less visible to other drivers and pedestrians and less stable than four-wheel vehicles,” said iii.

National Highway Traffic Safety Administration reports that helmets saved the lives of 1,859 motorcyclists in 2016 and that 802 more lives could have been saved if all motorcyclists had worn helmets.