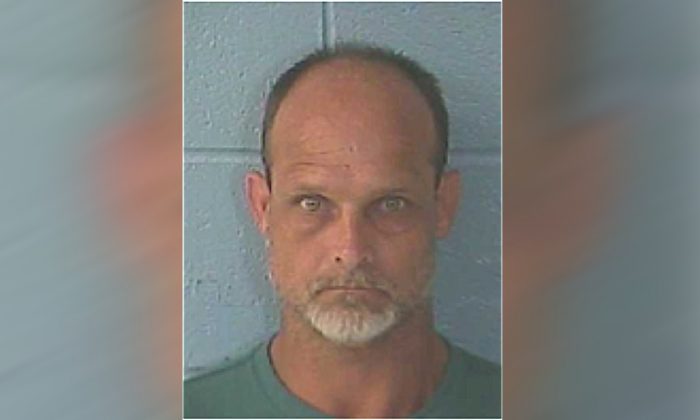 Man Breaks out of Jail, Only to Return Himself 7 Hours Later

A man who escaped from Tennessee prison on July 4 simply returned to the prison after seven hours, according to the police statement.

Police said he was held in the prison on charges of “theft of property, burglary of a motor vehicle, failure to appear and child support.”

Police entered him as an escaped inmate after his disappearance, and had declared a cash reward for anyone who had information that could help identify his whereabouts.

“He was last seen wearing camouflage cargo shorts, a dark t-shirt with text on it, tennis shoes, and a dark hat turned around backwards,” the officials said in the escaped inmate notice posted to its Facebook page.

The New York Post reported that about seven hours after his escape, Hamm returned himself to prison. It was around 3 a.m. Police have not provided any details about how he escaped or why he returned.

He is likely to face additional charges for breaking the jail.

Getting Out of Mexican Prison

In a similar but a more bizarre case, a man who escaped Louisiana’s East Feliciana Parish Prison in 2003 while serving time for burglary returned to the prison 15 years later on Sept. 24, 2018.

Lonnie Payne was serving a 12 years prison term in 2003 when he escaped by trimming glass between two security fences, reported the Associated Press.

After 15 years, ‘luck ran out’ as escaped Louisiana inmate brought back from Mexico https://t.co/4oOopZYt29 pic.twitter.com/ucf95gONDe

He then climbed over an 8-foot high fence and fled.

“He truly and honestly wanted to be home,” Sheriff Jeff Travis said, according to The Advocate.

In August last year, when Payne was trying to cross a checkpoint in Mexico on Aug. 29 with a fake identity, he landed himself in a Mexican jail.

Travis told The Advocate that after living in the Mexican jail for a few days, Payne called the U.S. Consulate and disclosed his identity, which led to his return back to the Louisiana prison.

“In this day and age, it’s hard to run and hide without being caught, and his luck ran out,” Travis said.

There were over 2.2 million Americans in prison in 2016, according to a 2018 report from the Bureau of Justice Statistics. This contributes to almost a quarter of the world’s total prison population. The country spends $80 billion on running its prisons every year.

Every year, over one million Americans get arrested on drug charges alone and only 23 percent stay out of prison once released.

The country releases 636,000 people from jails every year and 11 million people cycle through local jails annuals, according to the Prison Policy Initiative.

Nationally the prison rate across the United States was 10.5 escapes per 10,000 prisoners in 2013, according to CNBC.

The Trump administration in December 2018 signed off on a bipartisan measure, the First Step Act, for criminal justice reform aimed at making it easier for courts to reduce penalties for nonviolent drug offenders.

Right on Crime, a project of the Austin-based Texas Public Policy Foundation, spearheaded the measure.