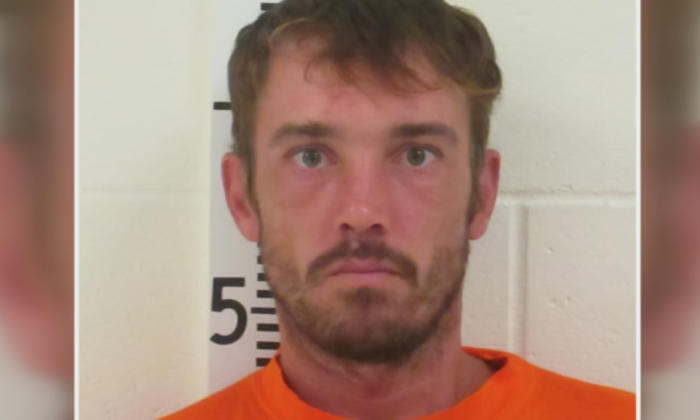 Anthony Jones, 35, is accused of breaking into the home of a corrections officer, who restrained the intruder util the police arrived. The incident took place in Limington, Maine, on Dec. 12, 2017. (Courtesy of York County Sheriff's Office)
Crime and Incidents

A man wanted by the police for a parole violation picked the wrong house to barge into on Tuesday, Dec. 12, as the homeowner turned out to be a 6-foot, 250-pound corrections officer, who quickly put the unwanted intruder in a restraining hold and called 911, York County Sheriff’s Office said in a statement.

Anthony Jones, 35, of Standish, Maine, broke into the officer’s residence, located in the city of Limington, Maine, while Sean Wilson, a York County Corrections Officer, was home with two of his younger children, both under 4 years of age.

Wilson was dressed in his uniform, waiting for his older children to show up and babysit the youngsters, so that he could leave to go to work.

As the intruder forced his way into Wilson’s home, he was “sweating profusely and bleeding from the mouth,” the father of five told York County Sheriff’s deputies and he appeared to be delirious.

The man was “rambling about people chasing him” as he approached Wilson, who ordered his children into a back bedroom and ordered the intruder to stop.

Jones disregarded the officer’s commands and made his toward the back of the house, in the direction of Wilson’s children.

Concerned for the welfare of his children, the officer then ordered Jones to lie on the floor and remain still. The intruder refused to comply and started walking toward the back rooms, where the children were located, the police statement says.

Wilson then took Jones down and restrained him, then contacted the police. He kept restraining Jones until deputies arrived and took him into custody, charging him with burglary.

The police later discovered Jones was wanted for a parole violation stemming from a domestic incident in Cumberland County.

The deputies took Jones to the hospital for an assessment of his condition and possible treatment. Afterward, Jones will be processed at the jail by York Country sheriff’s officials.

Investigators add that Wilson does not know Anthony Jones and has never encountered him at the prison, in which he works.

It appears that Jones picked Wilson’s residence at random.

If you enjoyed reading this article, check out this Epoch Times piece about a fugitive who picked the wrong house to hide in.

And, as always, a final kind request share this article on social media. Thank you!