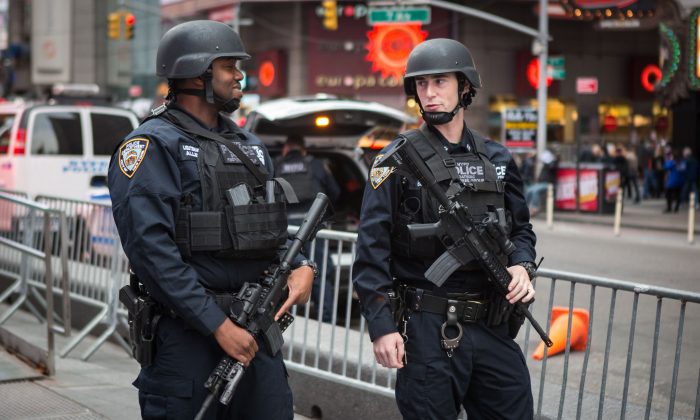 A New York City man has been arrested on terrorism charges accusing him of expressing support for a truck attack in Times Square like the one by the Islamic State group in France.

A criminal complaint filed Monday in federal court in Brooklyn says Mohamed Rafik Naji traveled in 2015 to Turkey and Yemen in an attempt to fight for the group.

It says that in an intercepted conversation earlier this year, he told an unnamed associate that the Islamic State group wants to conduct an “operation” in Times Square. It says he referenced how a cargo truck plowed through a crowd celebrating Bastille Day in Nice, killing dozens.

The 37-year-old Naji was to appear in court later Monday. The name of his lawyer wasn’t immediately available.