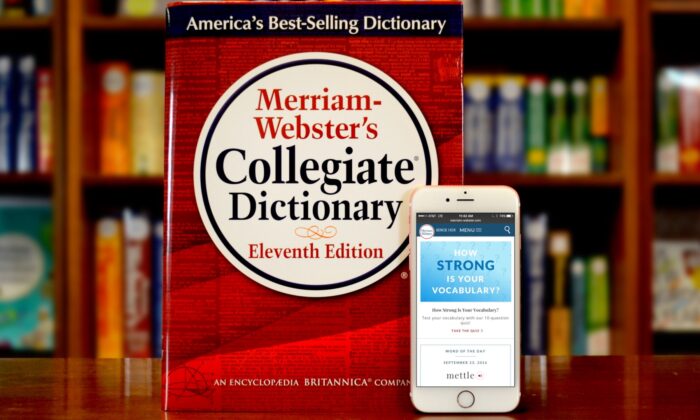 A California man was arrested and charged on Tuesday after allegedly threatening to bomb a publishing company over its dictionary definitions of the words “girl,” “woman,” or “female.”

Jeremy David Hanson, 34, of Rossmoor was charged on April 20 and faces one count of interstate communication of threats to commit violence, according to a U.S. Department of Justice (DOJ) news release. He was released on conditions, and his next court appearance will be in Massachusetts next week.

If convicted, Hanson could be sentenced to up to five years in prison, of which three years would be supervised release, and be fined $250,000.

According to a criminal complaint, Merriam-Webster Inc. received a number of threatening messages and comments between Oct. 2, 2021, and Oct. 8, 2021, that targeted specific gender identity definitions through the website’s “contact us” page.

As a result of these threats, the Springfield-based publisher had to close its offices in Springfield and New York City for approximately five business days.

Hanson was apparently angered over how the website defines different gender identities. For example, a female is defined as “having a gender identity that is the opposite of male,” while a girl is described as “a female child from birth to adulthood” or “a person whose gender identity is female.”

“You [sic] headquarters should be shot up and bombed. It is sickening that you have caved to the cultural Marxist, anti-science tranny [sic] agenda and altered the definition of ‘female’ as part of the Left’s efforts to corrupt and degrade the English language and deny reality. You evil Marxists should all be killed. It would be poetic justice to have someone storm your offices and shoot up the place, leaving none of you commies alive,” Hanson allegedly sent to the publisher’s contact us section.

The affidavit further alleges that on Oct. 2, 2021, Hanson used the handle “@anonYmous” to post several other messages on the website, saying there is no such thing as “gender identity.”

“It is absolutely sickening that Merriam-Webster now tells blatant lies and promotes anti-science propaganda. There is no such thing as ‘gender identity.’ The imbecile who wrote this entry should be hunted down and shot,” he allegedly sent.

“Everyone has a right to express their opinion, but repeatedly threatening to kill people, as has been alleged, takes it to a new level,” said FBI Boston special agent Joseph R. Bonavolonta. “Threats to life are most certainly not protected speech and they cause real fear in victims,” he added.