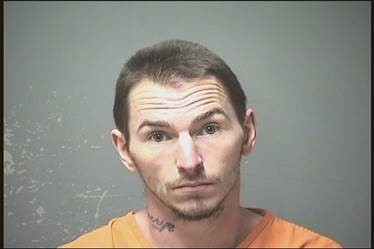 A man has been charged with the murder of a 2-year-old boy in Manchester, New Hampshire.

32-year-old Mark Heath was arrested on Wednesday evening, Dec. 14, and charged with two counts of second-degree murder, according to reports.

Heath was set to appear in court in Manchester on Thursday. It has now emerged that Heath waived his arraignment and he is now being held on bail, according to necn.

The boy, Jacob Pelletier, was found unconscious at Howe Street at around 11:30 a.m. on Monday, ABC affiliate WMTW reported. He was rushed to Elliot Hospital, where he was pronounced dead shortly afterward.

An autopsy showed that the boy had died from blunt-force trauma to his abdomen.

Heath lived with Jacob in a second-floor apartment on Howe Street, where Jacob’s mother also lived. Family members say Heath is the boyfriend of toddler’s mother.

Neighbor Eric Landry, who lives on the first floor, described Jacob as “adorable” to NBC.

“I can’t wrap my head around it,” he added, speaking with CBS. “It’s why, that’s really the biggest question is why would somebody do that.”

A fundraising page was set up by Michelle Keeley, a friend of Jacob’s grandmother, to raise money for the baby’s funeral costs.

“His death is ruled suspicious, this family needs some answers and Jacob needs justice. Let’s share this and give this baby and family some peace during this tragic time,” she wrote, in the latest update.

JUST IN: NH AG and @mht_nh_police announce arrest in death of 2-year-old Jacob Pelletier. Mark Heath, 32, who lived at same address, charged with 2 counts of 2nd degree murder. Boy's death was caused by "blunt force trauma to his abdomen." pic.twitter.com/dnfi2pNzks

Friends and family expressed their sympathy on the fundraising page.

“Heather – my hearts breaks for you and your family. Jacob is safe now and will never be forgotten. Much love to you all,” wrote Laura Marchand.

“This child was about 2 and a half years old, it’s almost Christmas, and to see a toddler to be injured in that way, causing his death, is just heartbreaking,” Senior Assistant Attorney General Susan Morrell told WMUR 9.

Police are not commenting on the relationship between Heath and the child. The case continues to be investigated.