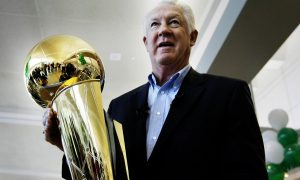 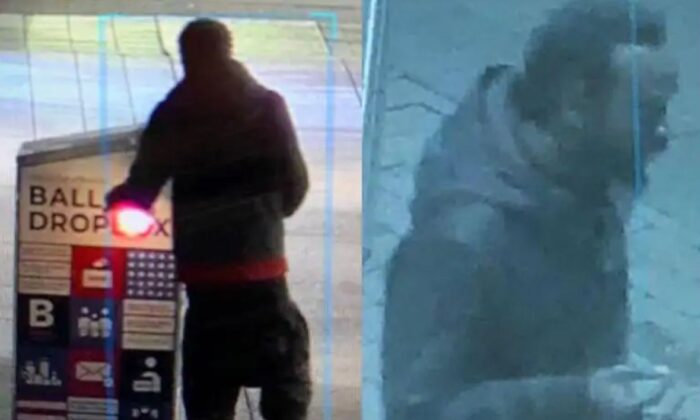 Man Arrested in Alleged Burning of a Boston Drop Box: ‘Disgrace to Democracy’

Boston Police said on Monday they had arrested a 39-year-old Boston man in connection with the burning of a ballot box on Sunday.

The Suffolk County District Attorney’s office said that the man, Worldy Armand, doesn’t appear to be “plotting against our democracy,” while DA Rachael Rollins described Armand as “emotionally disturbed,” according to the Boston Globe.

“I do not believe that this individual is plotting against our democracy,” she said. “I think he is emotionally disturbed, is what I am told.”

We’re working with the proper authorities to conduct a thorough inventory of the ballots collected through the Copley Square ballot box yesterday afternoon through the early morning of today, and that investigation remains ongoing.

Rollins said she doesn’t believe he will be charged with a federal crime, although federal authorities have been contacted.

“If this were somebody with the facts maybe being a little bit different, there could potentially be a federal charge. We believe that this was the act of an individual that we have jurisdiction over,” Rollins said.

According to a news release from the police department, Armand was charged with willful and malicious burning and is scheduled to be arraigned in Boston Municipal Court. No bond was set.

“What happened in the early hours of this morning to the ballot dropbox in Copley Square is a disgrace to democracy, a disrespect to the voters fulfilling their civic duty, and a crime,” said a joint statement from Boston Mayor Marty Walsh, a Democrat, and Massachusetts Secretary of State William Galvin, a Democrat.

In Boston, officials called on voters not to let the alleged arson damage their faith in the voting system.

“We ask voters not to be intimidated by this bad act, and remain committed to making their voices heard in this and every election,” Walsh and Galvin added in their joint statement.

The Boston Election Department said that about 122 ballots were found inside the burned ballot box, and 35 of them were too illegible from the damage process.

“We’re working with the proper authorities to conduct a thorough inventory of the ballots collected through the Copley Square ballot box yesterday afternoon through the early morning of today, and that investigation remains ongoing,” the agency said.

In Southern California, a ballot drop box was set on fire last week.