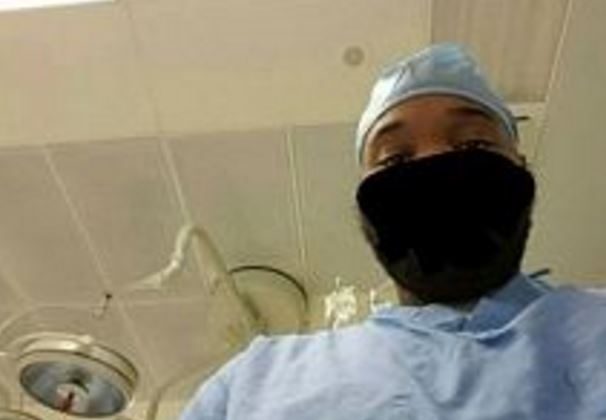 'Behead them in their homes'
By Zachary Stieber

An Ohio man who allegedly made postings online in support of ISIS, and other postings threatening dozens of military members, has been arrested in Akron.

Terrence J. McNeil, 25, was arrested in November by federal officials, the U.S. Department of Justice said this week.

He’s accused of sharing the addresses, pictures, and names of 100 military members and calling for violence against them.

“Now we have made it easy for you by giving you addresses, all you need to do is take the final step, so what are you waiting for? Kill them in their own lands, behead them in their own homes, stab them to death as they walk their streets thinking that they are safe,” McNeil allegedly wrote along with the other information.

He reblogged the information on Tumblr as well as sharing other information on Facebook and Twitter, authorities say. On all three social media networks he advocated for “martyrdom.”

“Somebody should park a car bomb in front of a church, school or mall,” he posted to Facebook in May, according to the criminal complaint, reported the Fayetteville Observer.

In another post, he said he hopes Donald Trump would win the election, “So he can go to war in Syria and I can fight.”

Stephen Anthony, the FBI Special Agent in Charge of McNeil’s investigation, said in a statement that McNeil’s activity online was not protected by the First Amendment.

“While we aggressively defend First Amendment rights,” he said, “the individual arrested went far beyond free speech by reposting names and addresses of 100 U.S. service members, all with the intent to have them killed.”

“According to the indictment, Terrence McNeil solicited the murder of members of our military by disseminating ISIL’s violent rhetoric, circulating detailed U.S. military personnel information and explicitly calling for the killing of American service members in their homes and communities,” added Assistant Attorney General for National Security John P. Carlin.

“ISIL and its followers continue to use social media in an attempt to incite violence around the world, including in the United States. The National Security Division’s highest priority is counterterrorism, and we will use all of our tools to disrupt threats and acts of violence against our military members and their families.”