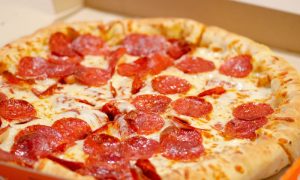 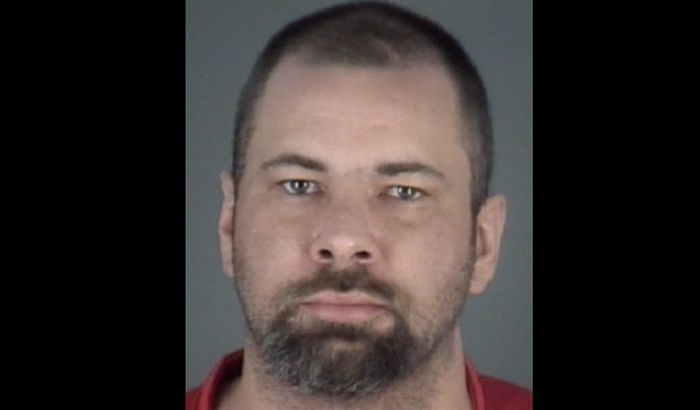 Police arrived at Robert Houston’s home in Holiday, Florida, discovering a slice of pizza on a chair along with tomato sauce and cheese splattered inside the residence. (Pasco County Sheriff's Office)
US News

A Florida man was arrested on Jan. 3, after he allegedly attacked his father by throwing pizza at him after learning his father helped deliver him at birth, according to reports.

Police arrived at Robert Houston’s home in Holiday, Florida, discovering a slice of pizza on a chair along with tomato sauce and cheese splattered inside the residence, WFLA reported.

The man’s father told officials that he was coming home from walking his dogs when his son picked up the pizza from a delivery man. Then, Houston held his father down, yelled at him, and shoved the pizza in his face, according to police, according to WTSP.

“The victim began to flail around trying to get the defendant off him at which point the defendant went outside and awaited law enforcement,” an arrest warrant read, as reported by WFLA.

Houston, 33, later told police he “threw pizza at his dad’s face striking him with it due to him being mad his dad helped give birth to him,” reported WTSP.

It was a decades-long family secret, apparently.

“He walked up to me and turned around putting his hands behind his back, saying he knows I’m going to take him to jail,” a deputy said in a police report.

It’s not clear why that detail caused him to attack his father. He was arrested on a domestic battery charge.

Houston is now being held at the Land O’ Lakes Detention Center and is being held on $150 bond, according to WFLA.

It comes a few days after a woman in Palm Beach County, Florida, attacked her parents and chased them with a 12-inch knife after they apparently refused to take her to Outback Steakhouse.

A Lake Worth woman has been arrested for attacking her parents because they refused to take her to Outback restaurant Wednesday night.

Deanna Seltzer, 28, went into a rage and flipped over a table before punching her mother, reported CW12.

Seltzer then allegedly picked up a 12-inch decorative knife and chased her father around the house after he intervened, saying, “I’m going to kill you,” according to the report.

It’s not clear if Seltzer was under the influence of alcohol or drugs when she allegedly attacked her parents.