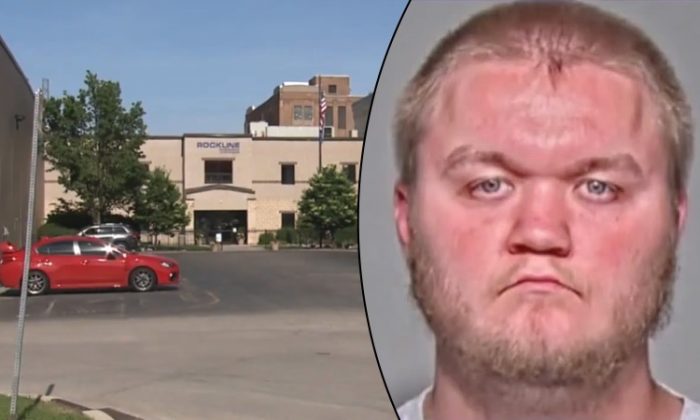 Man Arrested After Showing Up to Work in Tactical Gear, Carrying Weapons

A Wisconsin man faces charges after investigators say he owned firearms illegally and showed up at his workplace heavily armed and wearing tactical gear.

Authorities had been investigating 20-year-old Calvin Glazunov for several months when they found fake uniforms and tactical gear in the bedroom of his Sheboygan home, according to a federal complaint.

Federal prosecutors also allege that Glazunov, who is originally from Ukraine and has been living in the United States for 10 years, illegally owned an AR-15-style rifle. Being a non-U.S. citizen, he cannot legally own a firearm.

Glazunov also faces separate state charges stemming from an earlier incident at his former workplace. According to a CBS report, he is charged with possession of an electric weapon and disorderly conduct.

On May 31, the day that Glazunov was fired from Rockline Industries, he allegedly showed up armed and wearing tactical gear. Witnesses told the police that they saw Glazunov looking at the Rockline compound through binoculars and wearing some type of body armor with magazines attached to his vest.

Deputies were called in and when they approached Glazunov’s vehicle, he drove forward and into the Rockline parking lot. Officers arrested him following what they describe as a “high-risk traffic stop.”

A police search revealed that Glazunov had a 12-inch knife, pepper spray, and a taser. They also found that his vest and duty belt contained live ammunition. Officers also found an expandable baton and flare gun in his vehicle, CBS reported.

When asked about his presence at Rockline, he told police he was there to confront his former manager about a refund for some polo shirts he had bought.

Earlier in April, Glazunov was stopped by police at the Bayshore Town Center “wearing tactical clothing, a vest, six loaded rifle magazines and handcuffs.” A day later he was spotted open carrying at a Walmart, according to investigators.

Federal investigators said that in May, he illegally sold a rifle to an undercover agent and admitted to being part of a militia.

When Glazunov’s father spoke with Fox6 reporters on Wednesday, June 20, he described his son as harmless. He added that his son owned a gun for self-defense, and had never threatened anyone with it.

Glazunov is expected to make an appearance in a federal court in August.