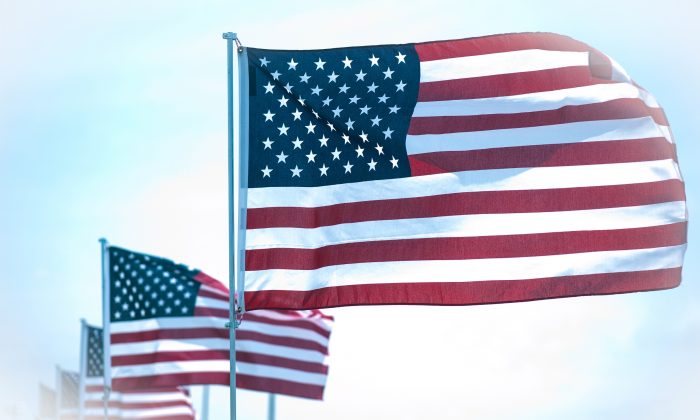 Warning: A video showing the incident might be offensive to some people.

A Virginia man was arrested on July 4 after burning an American flag and setting it on fire in a Walmart parking lot.

The York-Poquoson Sheriff’s Office posted a video on Facebook, saying Mitchell Lee Stauffer was arrested “for burning an object in a public place with the intent to intimidate.”

Stauffer is accused of going to the Walmart in the 2600 Block of George Washington Memorial Highway, throwing an American Flag on the ground, dousing it in gas, setting it on fire, and driving off.

“He was yelling while doing so which made bystanders very nervous,” the sheriff’s office wrote.

HORRIBLE! This man was arrested after putting an American flag on the ground and lighting it on fire outside of a Walmart on the Fourth of July. https://t.co/cGo7OeQxDt

The office said he was not arrested for his “First Amendment right to burn the flag.” It said that he was arrested for burning an object in a public place with the intent to intimidate.

Flag From 9/11 Lost in Memorial Fire

Sheriff Diggs said in the post: “The burning of our great American Flag is very offensive to most people including me. That being said, the courts have ruled that act alone is an expression of free speech and not per se illegal. This charge is appropriate under the Code of Virginia. It is fortunate that no one was injured today.”

The U.S. Secret Service says two people were arrested during a Fourth of July flag-burning incident on Pennsylvania Avenue in front of the White House.

The arrests were made about one hour before President Donald Trump paid tribute to the U.S. military during a speech at the Lincoln Memorial, according to a statement by the Secret Service on Twitter.

Secret Service statement on the flag burning incident on Pennsylvania Ave. during the #July4th activities in Washington D.C. pic.twitter.com/w72wLdYMRB

The Secret Service says the burning occurred beyond the limits of a permit issued by the National Park Service.

According to reports, leftist protesters outside the White House had set fire to the flag. The incident eventually culminated in the two arrests.

The protest, which turned into a violent clash, took place just blocks from crowds who had gathered to watch Trump’s July Fourth speech and fireworks displays on the National Mall.

Fight breaks out in front of the White House after the protest group burns the American flag pic.twitter.com/NMbBdBAylX

Led by radical activist Joey Johnson, a group from the Revolutionary Communist Party, USA, linked arms and set an American flag on fire outside as they chanted, “America was never great.”

The Secret Service intervened quickly to extinguish the fire.