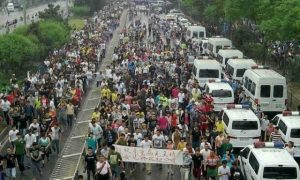 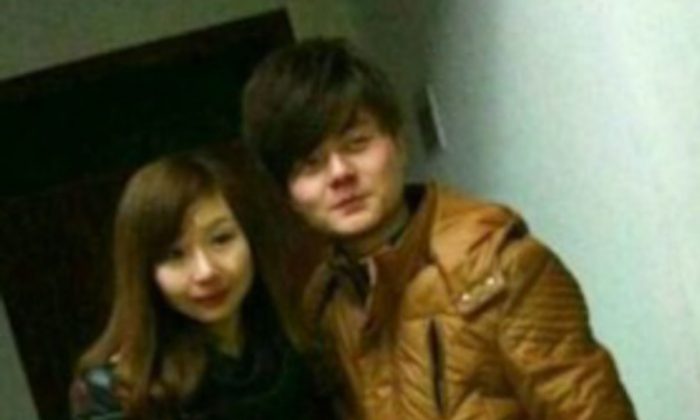 Man Arrested After Seeking Information About Fiancé’s Death in Beijing

Following a large protest calling for an investigation into a young woman’s death, police in Beijing arrested her fiancé, after he tried to learn more about what had happened to her. No charges were made public.

22-year-old Yuan Liya died in suspicious circumstances in Jingwen Mall in Beijing. Peng Song, also 22-years-old, was arrested when he asked for video surveillance footage from the mall, according to Dr. Xu Yongzhi, a renowned rights lawyer and founder of the Gongmeng Legal Research Center.

Xu posted a message on his blog on May 16 in which he said Yuan’s family called him to ask him to help find a lawyer for Peng, who is detained in the Fengtai Detention Center in Beijing.

Xu told Sound of Hope that he did not know why Yuan’s fiancé was detained, “His family has not received any official documents. The authorities only told them that Peng was criminally detained in Fengtai Detention Center without giving any reason.”

Yuan died on May 3, after falling from the fourth floor of the mall. Police called the death a suicide, cremated her body immediately, and did not file a criminal case.

Yuan is from Anhui Province. When her parents’ call for an investigation was rejected by police, Yuan’s mother called upon other migrant workers from Anhui for support.

On May 8, more than 1,000 people assembled to protest the handling of her death. They wanted police to investigate if she was raped and murdered.

Riot police, helicopters, and large police vehicles surrounded the crowd, but it broke through the police cordon and entered Tiananmen Square, according to a report on China’s Jasmine Revolution website.

A May 21 report by regime mouthpiece Xinhua confirmed that Peng Song had been arrested, and accused him of spreading rumors on the Internet: “Yuan’s boyfriend Peng spread messages on the internet after Yuan committed suicide, saying she died mysteriously, and incited fellow townsmen from Anhui Province to seek an explanation from the mall managers. The rumors about Yuan’s death were thus quickly promulgated on the internet.”

According to a May 10 report on Shenzhen’s largest online media outlet, netizen Jane_Yezi said on Weibo, “It is said that the girl was raped by five security guards. Police did not investigate it because the supporter behind the scenes of the boss of Jingwen Mall is very powerful. Have you ever seen such a big event that no media in Beijing dared to report on?”

Huo Po, an independent political critic based in Beijing, told Sound of Hope, “Yuan’s fiancé went to a police station wanting to retrieve the video from a surveillance camera near where Yuan was killed. The police said that they were not married and that the video could only be given to Yuan’s immediate family.

“Yuan’s mother then went to the police to ask for the videos and the police told her that no criminal case was filed and refused to let her see the video. After the mass protest, the police released two videos.”

Hua said he thought the police arrested Yuan’s fiancé because of the protest. They would have accused him of inciting a disturbance, in his opinion.

“It’s the police’s fault that people protested. The police can’t blame Yuan’s fiancé. I think the police were humiliated by the mass protest and tried to blame him,” said Hua.

Translated by Hsin-Yi Lin. Written in English by Mary Silver