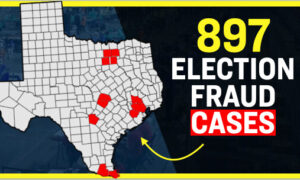 A 20-year-old man was arrested in the shooting death of a 14-year-old who was pregnant, Atlanta police said.

Souleymane Diallo was booked into the Fulton County Jail on charges of second-degree murder in the case of Sonja Star Harrison’s death. He faces charges for her murder as well as charges in the death of her unborn child, police told the Atlanta-Journal Constitution.

He has been in and out of jail since at least 2015 for a number of previous crimes.

Diallo was arrested on Thanksgiving Day, three days after the shooting. Both Sonja Star and her child died Monday, Nov. 19.

Sonja Star was expected to give birth next month, her family members said, reported The Associated Press.

Officials told AP the bullet that killed Sonja Star went through the floor of an upstairs apartment before striking her in the head.

Diallo has been in and out of jail since at least 2015 for a number of crimes, according to Fulton County jail records. They include shoplifting, disorderly conduct, cruelty to children, willful obstruction of law enforcement, public drunkenness, public indecency, possession of controlled substances, and violation of probation, the Journal Constitution reported.

He was most recently released from jail on Oct. 18 after a shoplifting charge.

“They took her life—and my grandbaby’s life,” the 14-year-old girl’s mother, Sonja Denise Harrison, told the publication. “They took away two lives from me.”

“She was pregnant, but she had a future. She was going to finish school and she was talking about joining the Army, for her and her baby. And they took that away from her. They took my baby’s future. And they didn’t have no right doing that,” the mother said, Fox5 reported.

Several people were in the upstairs apartment where the shots were fired, said police. Early on, investigators told the Fox affiliate that it was an accidental shooting.