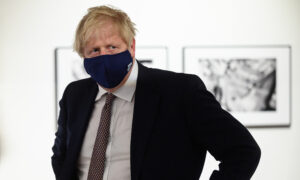 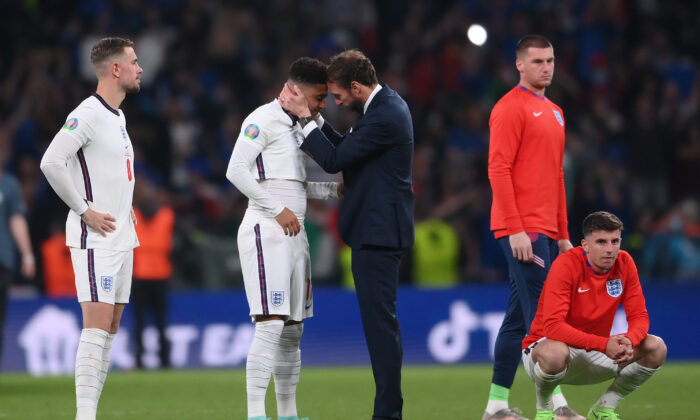 A 37-year-old man was arrested on Wednesday in relation to online racial abuse toward black players of the England football team, Greater Manchester Police (GMP) has said.

The unnamed man was arrested on Wednesday morning on suspicion of an offence under Section 1 of the Malicious Communications Act and remains in custody for questioning.

GMP said the man, from Ashton upon Mersey area in Greater Manchester, had presented himself at a local police station.

According to GMP, a social media post was made on Sunday evening after the Euro 2020 final at Wembley Stadium in London.

England lost the European Championship to Italy in a penalty shootout, disappointing fans hoping to celebrate the team’s first international trophy since the 1966 World Cup.

Three black players, Jadon Sancho, Bukayo Saka, and Marcus Rashford have been subject to online racial abuse after they missed their penalties, sparking outrage across the country.

Detective Inspector Matt Gregory of GMP’s Trafford division said that “the actions of a small number of people overshadowed what was a hugely unifying event for our country on Sunday evening. We are firm in our commitment, any racist abuse whether online or off is not acceptable.”

Prime Minister Boris Johnson said on Wednesday that the government will expand the football banning regime to cover online offences.

“What we are doing is taking practical steps to ensure that the football banning regime is changed so that if you are guilty of racist abuse online on football, then you will not be going to the match,” Johnson told Parliament on Wednesday during Prime Minister’s Questions.

“No ifs, no buts, no exemptions, no excuses,” he said.

Football banning orders are handed out when someone is convicted of a “relevant offence” linked to a match, including crimes such as disorderly behaviour, making threats against people or property, and possession of weapons or alcohol.

The list also covers crimes set out under the Football (Offences) Act 1991, which include racist chanting, pitch invasion, and throwing missiles.

The duration of a banning order, which is used to bar individuals from attending matches and in some cases can require them to surrender their passports ahead of overseas fixtures, can range from a minimum of three years up to a maximum of 10 years.

PA and The Associated Press contributed to this report.