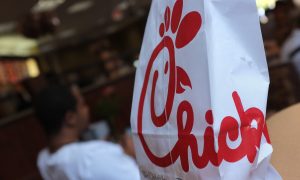 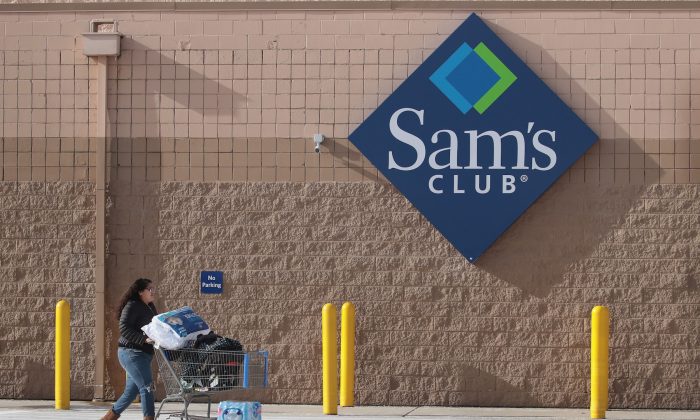 A shopper stocks up on merchandise at a Sam's Club store in Streamwood, Illinois, on Jan. 12, 2018. (Scott Olson/Getty Images)
Crime and Incidents

Man Allegedly Uses Stolen Gift Cards to Buy $3.5 Million Worth of Items, Resells Them at His Stores

A man in Michigan allegedly bought more than $3.5 million worth of goods from Sam’s Club by using stolen gift cards and then sought to resell the items in his own gas stations, according to local reports.

Other parties had obtained the gift cards from different stores by using stolen credit cards and credit card numbers, authorities said, according to the news outlet.

Authorities said that different people have been selling fraudulently-obtained items, including gift cards, to one of Bazzi’s stores—M&A Petro on 8 Mile Road in Detroit—for several years, according to local reports.

Local TV station WXYZ reported that, according to court records, an undercover investigator entered Bazzi’s M&A Petro store in Detroit on Jan. 26, 2016. The investigator said he had stolen gift cards worth $2,500, and was able to sell them to Bazzi for $1,500 cash—which means Bazzi would profit $1,000 from the stolen cards.

According to WDIV, authorities said that after the investigator left, Bazzi allegedly drove to Sam’s Club in Southfield to buy many products that he later unloaded at M&A Metro.

The outlet also reported, citing the indictment, that another undercover investigator sold Bazzi “stolen” cards worth $2,000 for $1,300 on Feb. 10, 2016, whereafter Bazzi went to the same Sam’s Club in Southfield to allegedly use the money obtained from the cards to buy goods and again unload them at M&A Metro.

Collectively, all seven stores that Bazzi owned purchased millions of dollars’ worth of goods from Sam’s Club, a large percentage of which—in excess of more than $3.5 million—was paid for with stolen gift cards, court records allege, according to WXYZ.

Authorities said that in other instances, Bazzi would create false gas purchases by swiping the stolen gift cards at his own gas stations’ credit card terminals. This would cause the credit card processing companies to transfer the credits from the gift cards into Bazzi’s account, WDIV reported.

Every time Bazzi or one of his contacts used a gift card at one of his seven gas stations or at Sam’s Club, a transmission of a wire in interstate commerce would be created. The same would happen when Bazzi was contacting others about the illegal purchases through text messages or phone calls, according to WXYZ.

News of the alleged illegal purchases has been met with indignation online.

One user commented on Facebook: “Some people have no morals! You don’t need the money, you own seven gas stations! What it boils down to is greed!”

Another wrote: “Jerks like this make me ill… he needs to go to jail … They ought to lose their business licenses and anything else that can be taken away from them for restitution.”

Other social media users claim that such a phenomenon is actually not uncommon, with one person writing, “So its now televised info, because we all knew what it was years ago.”

Another wrote: “This has been the gas station hustle for decades. The fact this is news to some people shows how dense and gullible Americans truly are.”