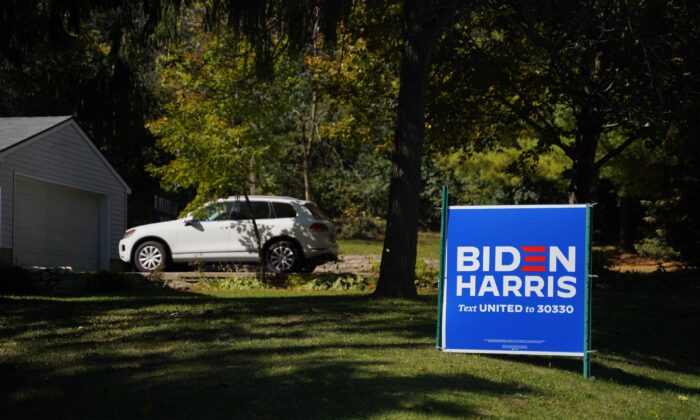 A man is facing charges of grand theft and trespassing for allegedly destroying signs supporting Joe Biden with a stolen bulldozer in Florida, officials said.

James Blight, 26, told officials in Haines City that he was drunk at the time and didn’t remember what happened, according to officials in a Bay News 9 report.

“This man came onto my property, took the two Joe Biden signs I had in my yard and them came back with a bulldozer to run down my fence,” Adam Burgess, the town’s former vice mayor, told the outlet. “There were four signs on H Street, he took the front loader and dug them up,” said another witness.

Neither Biden’s campaign or President Donald Trump’s reelection campaign issued a public comment about the matter.

Blight remained in custody in Polk County as of Monday, according to jail records. It’s unclear if he has a lawyer.

Police didn’t release any other details about the incident.

It comes as counter-demonstrators attacked a convoy of “Jews for Trump” supporters in New York City over the weekend.

The New York Police Department’s Chief Terence Monahan stated on Twitter that detectives are investigating an incident in which individuals threw projectiles from a highway overpass at driving participants of the caravan.

According to the Jews for Trump website, Sunday’s rally was intended to show solidarity with “the beleaguered Red Zone community,” a reference to the CCP (Chinese Communist Party) virus hot spots where schools and other businesses have been ordered to close to curb the spread of the virus.