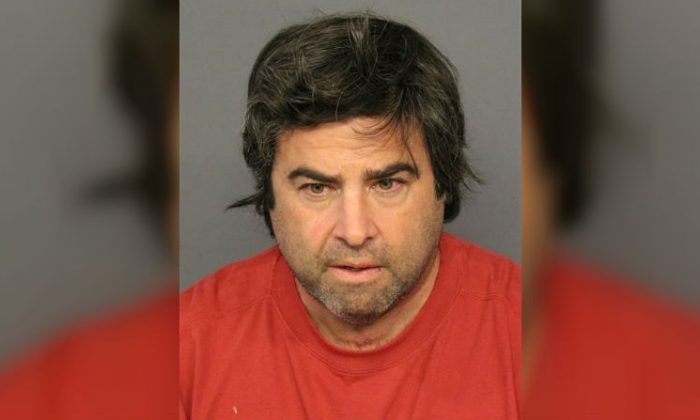 A Denver man has been charged with the murder of his wife, who died in unusual circumstances in 2015.

Police received a tip-off from a woman he met on Tinder and with whom he was cheating on his wife.

Robert Wayne Feldman, 53, allegedly strangled his wife, Stacey Feldman, 44, to death in the couple’s bathroom on March 1, 2015—the very day she found out about his affair. He was arrested and charged with first-degree murder in February.

The autopsy conducted at the time could not determine the cause of death. However, this did not deter Denver Police Department detectives from pursuing the investigation for two years which culminated in last month’s arrest.

The arrest affidavit, released on March 5, details the events which led investigators to conclude that Feldman murdered his wife. These include a forensic analysis of Feldman’s 911 call, a tip-off from the woman he had slept with, and a medical examination conducted by a doctor specializing in strangulation.

At 3 p.m. on March 1, 2015, Feldman, a meat products wholesaler, called 911 stating that came home to find his wife in the bathtub unresponsive. Stacey Feldman, who worked at non-profit PSC Partners Seeking a Cure, was pronounced dead at the scene.

Police were suspicious of Feldman from the very beginning. He was unable to recall to responding officers details of how he found his wife and what position she was in. Firefights at the scene believed Feldman was acting “over dramatic”, and “purposely not cooperative” by making a concerted effort to not answer questions, the affidavit said.

Feldman told police that his wife consumed some edible marijuana before and after going to a party the night before. The autopsy, however, did not find any traces of marijuana in Stacey’s system.

Before the autopsy report was released, Stacey’s sister advised police that Feldman told her Stacey’s death had been ruled an accident, that she had slipped on her conditioner and drowned.

Police also found out that in June 2015 Feldman collected a $400,000 life insurance payout on a policy he had taken out on Stacey five years prior.

Around that time, a crucial tip came by phone to the Crime Stoppers hotline. A woman told police that she had met Feldman, who had posed as “Robert Wolfe,” on Tinder. Feldman told her that he was divorced. They had spent a night together, but he “blew her off” the next day when she tried to get in contact, said in the affidavit.

The woman became suspicious, so did some digging online and found out Feldman’s real name, and that he appeared to have a wife, whom he lived with, along with two children.

After tracking down Stacey’s email, the woman emailed Stacey on the morning of March 1 to ask if the couple were divorced. Stacey replied that they were not. Shortly after, in a phone conversation confirmed by phone records, the woman told Stacey about the dalliance. Stacey revealed that Feldman had cheated on her and that she was “done with him.”

Investigators trained in reviewing suspicious police calls also conducted an analysis of Feldman’s 911 call and identified a number of “guilty indicators.” During the call, Feldman said he was performing CPR on his wife. However, police were unable to detect any obvious changes in breathing or other indicators that he was performing CPR.

Earlier in the call when Feldman made the initial report, police note the “noise of what sounds to be a toilet being flushed and possibly items being dropped” in the background, says the affidavit.

The affidavit also described how Feldman appeared to have pretended not to be home when police visited for an interview in 2016.

In late 2017, detectives and prosecutors asked a recognized medical expert on strangulation to review the autopsy and photos of the scene. The doctor’s final report, delivered in December 2017, concluded that Stacey died from strangulation or suffocation and ruled her death a homicide.

Feldman is currently held without bond at the Denver Downtown Detention Center. He is next due in court on March 22.