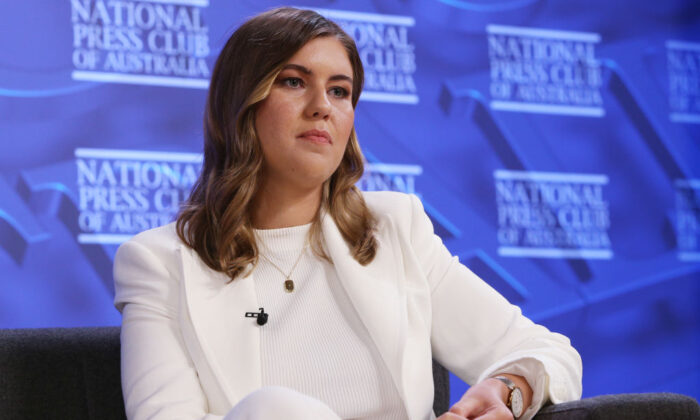 Lawyers for the man accused of sexually assaulting Brittany Higgins will seek a permanent stay to criminal proceedings and a takedown order for media articles reporting on the case.

Bruce Lehrmann, 26, has been charged with allegedly raping former Liberal staffer Brittany Higgins in the office of the former defence industry minister, Linda Reynolds. He has denied the alleged assault and is pleading not guilty.

A tentative date of June 6, 2022, was provided, with the trial expected to last between three to four weeks.

However, following Prime Minister’s apology to Higgins in February, Lehrmann’s barrister David Campbell indicated they would lodge a permanent stay application, which, if successful, could see the trial delayed or aborted indefinitely.

Campbell argued the publicity of the case could prejudice a fair trial and said they would apply for a temporary stay if the permanent stay was not granted.

The defence barrister said he would be writing to the press by Friday asking them to remove articles before an official application is made.

If the media outlets refuse to take them down, Lehrmann will seek a court order to remove the articles and an order preventing future reporting of the accusation.

Crown prosecutor Shane Drumgold told the court that an order suppressing the names of witnesses and parties would “stop the issue growing from today” because Higgins’ name had become a key search term in the lead-up to the case.

“The concern is the headline will be ‘stay application in the Higgins’ matter,” he told the court.

Details of the stay application would be ventilated in a hearing at the ACT Supreme Court scheduled on April 1.

Chief Justice Lucy McCallym on March. 10 advised those with an interest in the case risk to “be careful about the words they publish” before the jury hearing on Jun 6 as they could be held in contempt of court by prejudicing a trial.

However, on Wednesday, McCallum said she was not convinced that the reporting of a stay application would prejudice the trial but added that she could revisit the matter when it next comes before the court.

She noted the current decision did not hand the press “free licence” to publish “whatever may interest the public” about the case.

Higgins, a former media adviser with Senator Linda Reynolds, said that the alleged attack took place in the early hours of March 23, 2019, when she was drunk and at one point fell over. She claimed a male colleague offered to drop her home in a taxi after buying her lots of drinks, but he took her to the minister’s office instead.

She remembers lying on the couch, and waking up half-dressed and ‘mid-rape,’ before crying and urging the accused repeatedly to stop.

Although Higgins reported the incident to officers soon after, she ultimately decided not to pursue a formal complaint at the time out of fear it would block her path in politics.

Higgins decided to lodge a formal complaint in 2021, which prompted a lengthy investigation by the Australian Federal Police.

“I have only been made aware of key elements of my own sexual assault as a result of coming forward publicly with my story,” she said in a statement in February 2021.