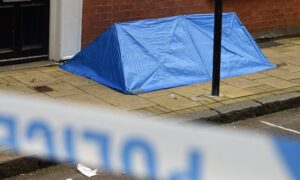 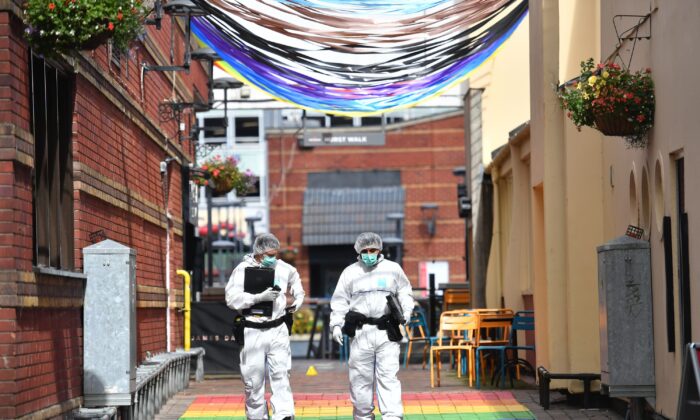 A man has admitted to the manslaughter of a university worker and several linked charges in connection with seven other people injured in a series of knife attacks in Birmingham city centre.

Zephaniah McLeod entered pleas at Birmingham Crown Court on Monday in connection with the spate of stabbings in the early hours of Sunday, September 6 last year, as the city was packed with revellers.

McLeod, who appeared in court over a video link from Ashworth Hospital wearing a white T-shirt and dark blue zip-up top, spoke to confirm his name and say he understood proceedings, before entering pleas.

In addition to the charge of manslaughter, McLeod admitted to four counts of attempted murder.

McLeod pleaded not guilty to three other counts of attempted murder, but instead admitted three charges of wounding with intent to cause grievous bodily harm in connection with those incidents.

The court heard McLeod had suffered with paranoid schizophrenia at the time.

The 28-year-old, of Nately Grove, Selly Oak, had been in custody since being charged with committing the attacks, which happened in the space of 90 minutes.

Jacob Billington, a Sheffield Hallam University graduate intern and drummer, was fatally stabbed in the neck, during the spree.

The 23-year-old, from Crosby, Merseyside, was among eight people stabbed during the attacks which triggered a major emergency services response.

Billington’s mother was in court and his father dialled in to the video-link to hear the pleas, while family members from a number of the other victims also listened in to the proceedings.

Seven others were injured in four clusters of attacks across the city centre, including Billington’s old school friend and bandmate Michael Callaghan.

Prosecutor Karim Khalil QC told the court the guilty and not guilty pleas were acceptable to the prosecution.

The barrister told the brief hearing: “Those pleas were entered as anticipated … they are pleas which the Crown accepts in this case.”

Explaining the decision, Khalil added: “The psychiatrists instructed by both the Crown and the defence concluded in agreement with one another that the defendant clearly suffered from a condition of paranoid schizophrenia at the time of the material events.

“It was unquestionably a condition which affected his ability to understand all that was going on.”

Khalil said consultations had taken place prior to the decision, with victims and their parents in the case of Billington.

After the pleas were entered and accepted, the Recorder of Birmingham, Judge Melbourne Inman QC, said of the stabbings: “There are many people touched and affected by the case.

“The hearing this morning may appear to be disproportionately short given the very grave seriousness of the case.

“But it’s quite clear that the Crown and the defence have given very careful expert consideration of the evidence.”

The judge added that it was important that the psychiatrists involved in assessing McLeod were now given time to help the court determine the proper sentence on him.

McLeod will be sentenced on September 27 and 28.