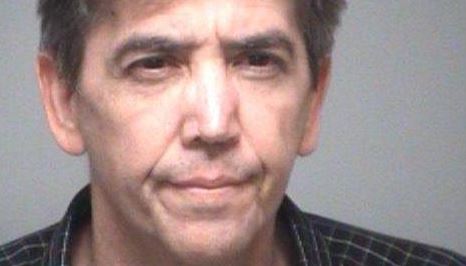 Robert O’Hare, police said, sent his mother a coded message while talking to her on the phone from jail in Tavares.

The message asked a family friend to kill the judge set to hear his case.

Deputies said O’Hare asked his mother to contact the friend, who he referred to as “the rabbi,” and to tell the friend to kill the judge. He also said in one message to “Kill Briggs,” referring to Circuit Judge Don Briggs.

“Write that down on a piece of paper and then you show it … then you … put it in your wallet,” he added later, reported News6. His mother advised she has “already deciphered it.”

They actually really had to evaluate those messages and examine them over a long period of time and it wasn’t until more recently they were able to crack the code,” Lt. John Herrell, of the Lake County Sheriff’s Office, told WESH2.

As far as the weird scale goes, it’s off the charts, totally,” Herrell added to News6.

O’Hare is already serving 20 years in jail after being convicted of remotely recording children through cameras hidden in jukeboxes that were given out in his neighborhood.

But O’Hare’s mother and friend dispute the new charge of trying to murder the judge.

“I’m 75 years old, blind in one eye and have a cataract in the other,” Albert Bowman of Mount Dora, who O’Hare allegedly hired to do the killing, told the Orlando Sentinel. “I don’t think I’d hire me as a killer.”

He added that he doesn’t have much money.

“I hope someone would look at my bank account. It’s pretty drained right now,” he said. “This whole thing right from the get-go is something that doesn’t make any sense.”

“They mistranslated it 100 percent. The bottom line is: We never, never planned any kind of conspiracy to kill anybody,” mother Virginia O’Hare told WESH2. “It is a bunch of lies, but it’s all going to come out”

O’Hare told the Sentinel that what she and her son actually exchanged were Bible verses.