Los Angeles Homicides Will Exceed 300 This Year, Highest in a Decade: Police Chief
0 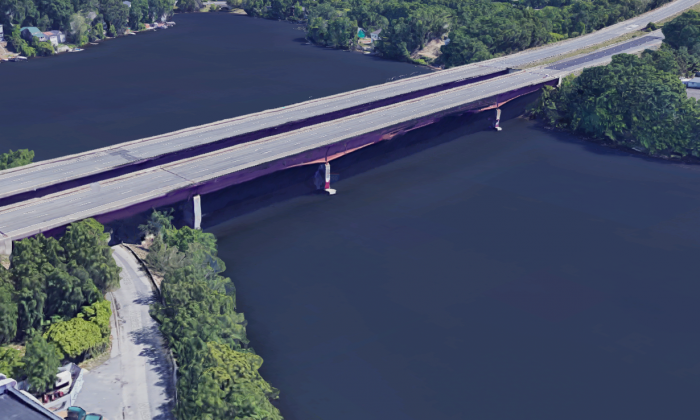 The man accused of kidnapping a 7-year-old girl and throwing her from a bridge into a Massachusetts lake now faces an upgraded murder charge and will be held on $1 million bail, CBS reported.

Prosecutors said that Joshua Hubert, 35, was at a cookout at the home of the girl’s grandparents on Sunday night, Mass Live reported. The girl was asleep when Hubert allegedly took her and left the home in his car.

He then drove around for about an hour, choked the girl, and stopped on the Interstate 290 overpass over Lake Quinsigamond, prosecutors said. Hubert then allegedly took the girl, who was wrapped in a blanket, and threw her into the lake.

“He absolutely did not leave with the girl,” Welsh said. “He is a very nice gentleman. He adamantly denies these offenses.”

The girl survived the fall and swam to shore. She showed up at the door of a local resident completely drenched and with bruises on her neck. The girl was rushed to a hospital in an ambulance and later picked Hubert out of a lineup.

Hubert is a lifelong friend of the girl’s father, who he has known since the fourth grade. According to Assistant District Attorney Cheryl Riddle, the girl knew Hubert very well.

Cheryl said that a surveillance video showed Hubert at a local gas station at 3:30 a.m. Cheryl also said that an eyewitness saw Hubert on the bridge.

Hubert did not dispute being at the gas station and confirmed that he was at the party.

At his court appearance Thursday, Hubert looked straight ahead. Some of his family members were present and left the courtroom in tears.

“A gentleman with no record, has had a great life, has donated a lot of time to community and now he’s sitting in a jail cell with, quite frankly, people that he shouldn’t be,” Welsh told reporters.

Hubert’s neighbors said that he was nice and that he coached his daughter’s youth hockey team. He was hired as a systems support analyst at an affluent private school in early July but was let go indefinitely after his arrest.

Hubert is set to be arraigned on the attempted murder charge on Tuesday, Sept. 5, in Westboro District Court.

Hubert’s lawyer said that his client is concerned that the girl was bruised, denies the allegations, and is not doing well as a result of the arrest and the ordeal.