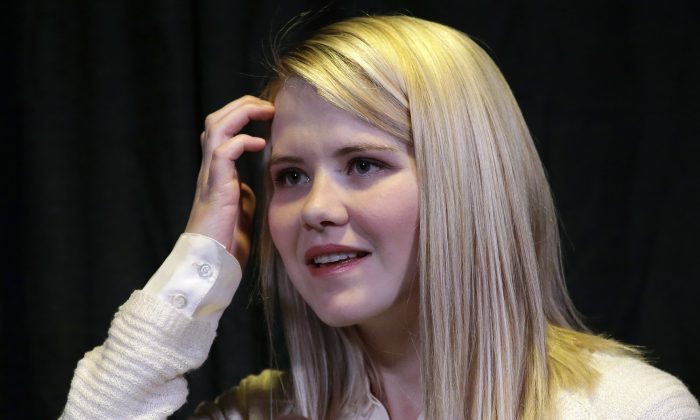 Kidnapping survivor Elizabeth Smart looks on during a news conference in Sandy, Utah, in this file photo. (AP Photo/Rick Bowmer)
US

TERRE HAUTE, Ind.—Authorities say a man punched a police officer who stopped him from approaching kidnapping survivor Elizabeth Smart with a knife.

Eighty-year-old Claude Hudson of Terre Haute, Indiana, pleaded not guilty to battery Wednesday. The charge stems from an event Monday at Indiana State University, where Smart spoke about overcoming adversity.

She was 14 in 2002 when she was abducted from her Salt Lake City bedroom and held for nine months.

ISU Police Chief Joseph Newport says Hudson was fiddling with a 3-inch knife, then concealed it and headed toward Smart, who was signing books. Hudson punched the officer who stopped him.

Hudson’s public defender and Smart’s representative haven’t responded to requests for comment. There was no answer at a phone listed for Hudson in Terre Haute.

Investigators have found no connection between Hudson and Smart.