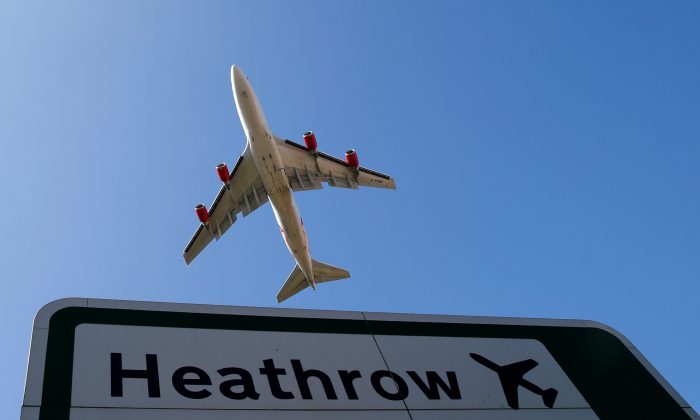 An aircraft takes off from Heathrow airport in west London, on Sept. 2, 2014. (Andrew Winning/Reuters)
UK

An alleged member of the ISIS terrorist group has appeared in court charged with terror offences after he was arrested at Heathrow Airport.

Shabazz Suleman is alleged to have manned ribats (fortifications), performed guard duty, and carried out military police patrols for ISIS.

Prosecutors say the 25-year-old received weapons training from the terror group after travelling to Syria from Turkey, having left the UK in 2014.

Suleman was arrested at Heathrow last week after flying back into the country from Pakistan.

He appeared at Westminster Magistrates’ Court on Wednesday, wearing a blue sweater and grey tracksuit bottoms.

Suleman, from High Wycombe, Buckinghamshire, stood in the dock, speaking only to confirm his name, date of birth, and address during the brief hearing.

His lawyer, Sanjeev Sharma, made no application for bail and Suleman was remanded in custody by Chief Magistrate Paul Goldspring ahead of his next court appearance at the Old Bailey on Oct. 15.