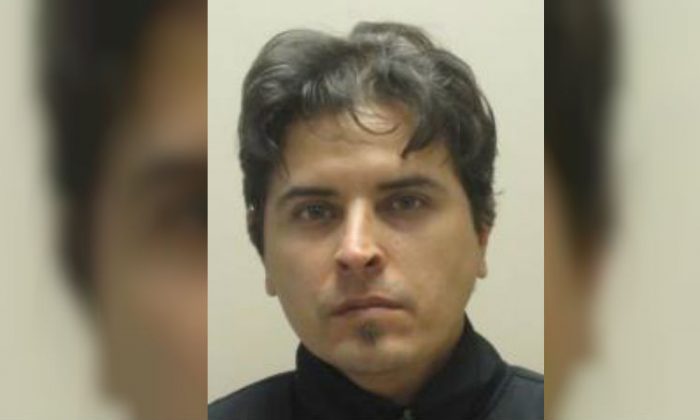 An Oregon man was arrested and charged with assaulting his wife with hot frying oil and with the attempted murder of his 7-month-old son, according to Columbia County Sheriff investigators.

Police responded to a report of domestic violence at a home in the 19000 block of Swedetown Road in the Clatskanie area from a domestic violence advocate on late Tuesday, Jan. 16. When authorities arrived, they found a female victim showing signs of having her hands forced into hot frying oil, and the child showed signs of having been strangled, according to a police statement on Jan. 18.

The husband, Jeremiah D. Crothers, 34, was not at the property at the time but was arrested just after midnight, Wednesday morning at his workplace on Old Portland Road in St. Helens.

Crothers allegedly covered the mouth and nose of their 7-month-old son until his legs turned blue on Tuesday morning. In order to save her son, Crother’s wife used a frying pan to hit him in the head to make him release the child, reported News4SA, citing court documents.

Later in the evening, while making fried chicken on the stove, Crothers grabbed his wife’s hand and stuck it in a pan full of boiling oil because the chicken was not seasoned well, according to the court documents.

Crothers was arraigned in court Wednesday morning and charged with multiple offenses including attempted murder, strangulation, and assault among other charges, according to authorities. He remains in custody with bail set at $217,750.

“The allegations in support of this arrest are alarming,” Sheriff Jeff Dickerson said in the statement on Jan. 18.

“Domestic violence is a scourge that our deputies frequently encounter. Fortunately, we were able to find the suspect in a timely manner and put a stop to the violence, and give this mom and child a chance to survive,” he added.