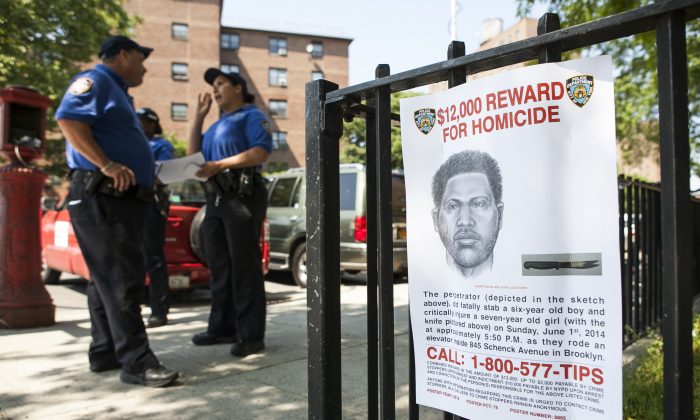 A sign depicting the perpetrator of the stabbing to death of Prince Joshua Avitto, at the Boulevard Housing project in East New York on June 3, 2014. (Samira Bouaou/Epoch Times)
New York

St. Hubert is accused of cornering Prince and Mikayla in a Brooklyn housing project elevator and stabbing them both multiple times with a steak knife. Police later used DNA from the discarded knife to trace St. Hubert.

“These two innocent children were subjected to unimaginable violence and terror in that elevator,” said Kings County District Attorney Kenneth P. Thompson in a statement. “We will now hold Daniel St. Hubert responsible for his cowardly, unmerciful, and inhumane acts against Prince Joshua Avitto and Mikayla Capers.”

No future court date in the case has been set yet.