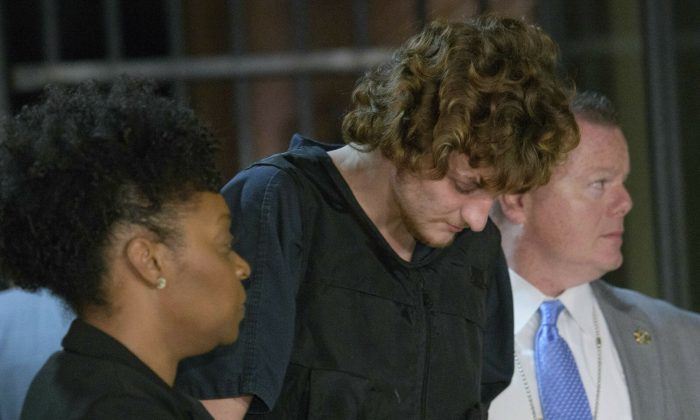 LIVINGSTON, La.—A grand jury in Livingston Parish, Louisiana, is set to consider formal charges against a man accused of killing his girlfriend, her family, and his parents before fleeing to Virginia.

The Advocate reports District Attorney Scott Perrilloux says he’s seeking three counts of first-degree murder against 21-year-old Dakota Theriot in the deaths of Summer Ernest, her brother, and her father. The jury met on the morning of Feb. 7.

Authorities say Theriot fatally shot the Ernests and then killed his parents at their neighboring Ascension Parish home.

He was arrested the next day at his grandmother’s home in Virginia. Fearing he would show up, she had checked into a hotel and asked authorities to check her home.

Authorities in Louisiana have said Theriot confessed to investigators who had traveled to Virginia, although they said his motives remain unclear.

Attorney Steve Barnette said “He knows he could face the death penalty,” Barnette added. “I think he’s resigned and understands his fate.”

Elliott Brown, a staff attorney at the Louisiana Capital Assistance Center, had also traveled to Virginia and met with Theriot. Brown did not speak during the hearing and declined to comment. His organization represents low-income defendants charged with capital crimes.

Authorities in Louisiana have said Theriot provided a lot of information to investigators about how the killings unfolded, but a motive remained elusive.

“We don’t really know what the motive is. We just know what he did,” Livingston Parish Sheriff Jason Ard said at a news conference Tuesday.

Ard said Theriot told investigators he used a gun he stole from his father to kill her. The other victims were identified as her father, Billy Ernest, 43; brother, Tanner Ernest, 17; and his parents, Keith Theriot and Elizabeth Theriot, both 50.

People who lived with Keith and Elizabeth Theriot said their son had struggled with drugs and had violent outbursts. His relationship with Summer Ernest also raised red flags with her family and friends.

Theriot already is charged with offenses including first-degree murder in his parents’ deaths in Ascension Parish.