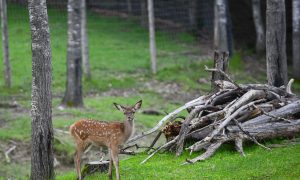 Malta’s Constitutional Court has upheld a public referendum to decide the fate of the country’s controversial spring bird hunt, which kills over ten thousand migrating birds every year. The Constitutional Court threw out objections by Malta’s powerful hunting lobby, and instead sided with the 11 conservation groups who organized the referendum, known as the Coalition for the Abolition of Spring Hunting—gathering 40,000 signatures from Maltese voters.

The spokesperson for the conservation groups, Carmelo Cacopardo, said that this year’s hunt would be “the last spring hunting season in Malta.” After the group gathered over 40,000 signatures from Maltese voters and the court’s decision, the referendum will be held sometime between April and July.

Opinion polls show that the majority of Maltese are against the spring hunt. However, for the referendum to be valid, over 50 percent of the electorate has to show up.

The spring hunt in Malta—a small island in the Mediterranean with a population less than half a million—has become increasingly controversial in recent years as conservation groups continue to decry the scale of the season, which can see over 10,000 turtle doves killed and 5,000 quail. In addition, illegal hunting continues to be a problem, including targeting of endangered species, according to conservationists. Hunters also employ caged birds to attract migrating birds.

Many species of birds use Malta as a stopover on their long migration from African back to Europe. Meanwhile, many European nations have seen a decline in migrating birds.H owever, Matlat’s hunting lobby says widespread pesticide use and habitat loss on the mainland are the cause for declines in migratory birds–not their spring shoot.