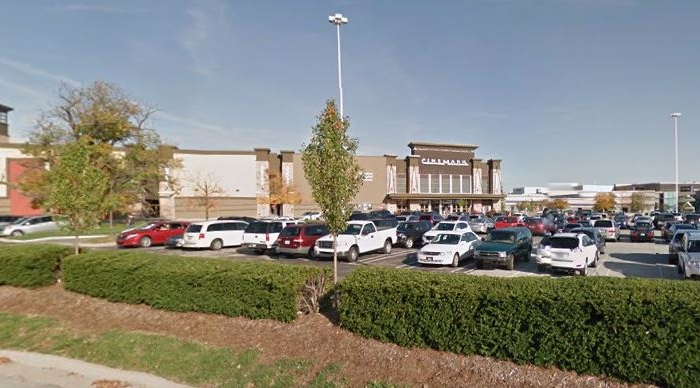 A Kentucky mall that was the scene of chaos over the holiday season has new rules in place aimed at quelling the mayhem.

The trouble at the suburban Louisville mall started on Thanksgiving, when a fight broke out as shoppers tried to take advantage of Black Friday sales.

Violence took place multiple other times, most notably on December 26, when up to 2,000 teenagers crowded inside the shopping center and created mayhem.

Police started receiving reports of disorderly conduct about 7 p.m., and the situation quickly escalated, said Officer Dennis McDonald, a spokesman for suburban St. Matthews police. About an hour later, the decision was made to close the mall early, but teens tried to prevent some businesses from shutting their doors, he said.

Police found themselves overwhelmed and unable to make arrests.

Still A LOT of police at Mall St Matthews after police say up to 2,000 teens were fighting inside and in parking lot pic.twitter.com/R7A9qbOuWL

“We were largely outnumbered, and our focus was on restoring order and dispersing the crowd,” he said. “And we were focused on the safety of patrons and of our fellow officers. Certainly, if they were assaulting innocent people, police would have made arrests.”

One store manager told police: “My employees were crying. They were scared and in fear for their lives.”

Following the incident, police met with mall management about revising the mall’s policies to try to quell the ongoing mayhem.

The new rules were announced on December 30, including the requirement that youths 17 years old or younger must be accompanied by an adult–someone 21 years or older–after 4 p.m. on Fridays and Saturdays.

“All are welcome at Mall St. Matthews and Oxmoor Center at any time – we simply require that during certain hours, families spend their shopping time together,” said David Jacoby, general manager of Mall St. Matthews, in the announcement.

“Providing a pleasant and comfortable experience for our guests is our top priority. The PGR program is intended to enhance the shopping experience in ways the entire community will appreciate.”

The policy also includes putting public safety officers at all mall entrances to check IDs of all patrons who appear to be 17 and under. Those who fit the bill will receive a wristband to wear inside the mall.

One adult can accompany up to four youths. It’s unclear whether the adults will have to show ID.