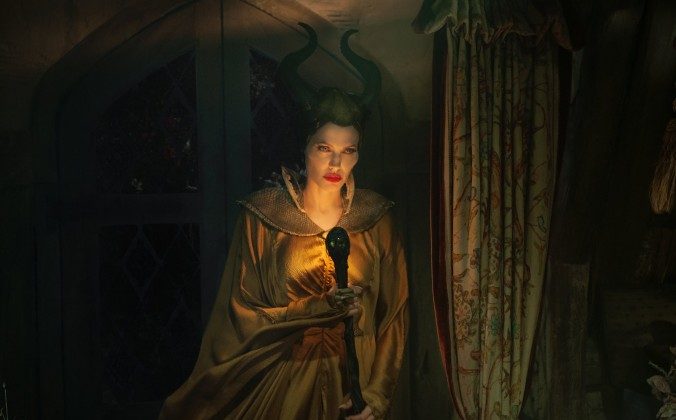 Maleficent may get a sequel, Angelina Jolie hinted during a press tour in China ahead of the movie’s release there.

Maleficent started off strong, garnering $70 million in the weekend box office and about $100 million worldwide. That included a steller showing in the United Kingdom and Ireland with $2.5 million.

While Brad Pitt took the kids to get lessons in preparing dim sum, Jolie told reporters that there may be a follow-up to the Disney hit.

“It’s kind of hard to top her, she was pretty fun. Maybe I’ll get the chance to play her again,” said Jolie, according to The Hollywood Reporter.

“I’m very happy to begin a directing career. I didn’t know if I’d be able to successfully make this change. I love telling stories. You learn so much about life. In my case, both films I’ve done so far deal with history, so it’s a very full experience, and you work very closely with the crew. So I love directing, and I would like to direct more. I think I’d like to do less acting and more directing and I’m fortunate.”

Jolie also asid that she’s not worried about competition from other movies, such as Edge of Tomorrow starring Tom Cruise.

“What sets (the film) apart is that it has action and it does have a lot of adventure but it is something that you haven’t seen before. There is something very unique to this film. It has a message in it that is very strong,” she said.

She also said that it was fun to work with her daughter Vivienne in the movie.