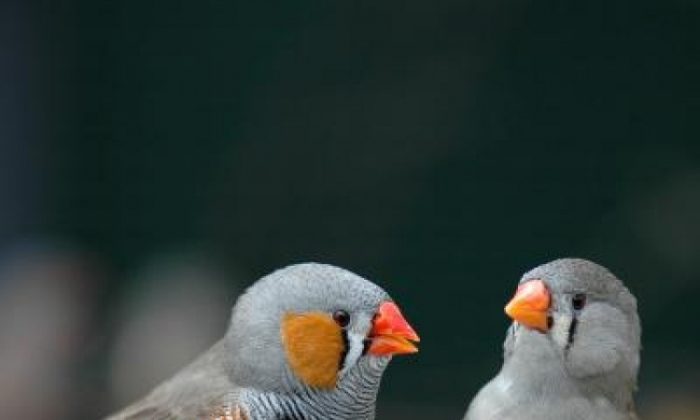 The songs of male zebra finches may not always be truthful, according to new international research.

Singing requires plenty of energy and can therefore be used by females to gauge a male’s health.

However, unhealthy males can change their tune in the presence of strange females to make out that they are in good condition.

But the males do not change their songs in the presence of familiar females.

“Every man wants to cast himself in a favorable light when he meets an attractive female, and we have shown that birds are no different,” said study co-author Sasha Dall at the University of Exeter in a press release. “But just like many humans, it seems zebra finch males are unable to dupe females who know them well enough.”

“When the birds were in an established relationship, the female could tell the true condition of a male by his song, and judge whether he would make a good father for her next brood.”

The researchers studied over 100 birds of each gender from two different colonies. They found that single males had the same song during short and long encounters with strange females, whereas paired males in good condition sang more to their mates than unhealthy males.

“This is the first study to find evidence that the link between male body condition and birdsong differs depending on the context of the encounter with the opposite sex,” said research leader Morgan David, also at the University of Exeter, in the release.

The study was published in the journal Proceedings of the Royal Society B on Dec. 19.