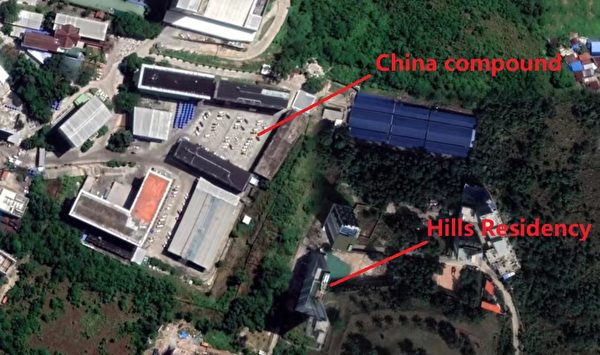 Taiwanese, Filipino and Vietnamese victims speak of a Chinese connection
By Naveen Athrappully

Twenty-four Malaysians—victims of human trafficking—were rescued from Cambodia and brought back to their homes on Friday, but authorities say many are still missing, having fallen for scam networks often run by transnational organized crime groups.

According to Malaysia’s foreign minister, Saifuddin Abdullah, 118 Malaysians have been rescued from the total captive of 148 citizens. Twenty-nine people are awaiting departure from the Cambodian capital Phnom Penh and Sihanoukville, a coastal city, pending ongoing investigations and related paperwork. However, 30 Malaysians are still reported missing.

Saifuddin appeared in a press conference on Friday along with the recently rescued victims and said that the mostly young people were lured by fraudulent offers of high-paying jobs in Cambodia. They were captured by traffickers and exploited while remaining trapped in the country. Victims were mostly masked and didn’t speak to reporters, according to the Associated Press.

“What is most important is that they are coming back to Malaysia today safe and sound. We do not want to go into the details,” Saifuddin said. “There is no guarantee we can stop it (job scams) but we will try our level best.”

Prak Sokhonn, the foreign minister and deputy prime minister of Cambodia said in a telephonic conversation with Saifuddin that “only a small number [of Malaysians] are victims of the job scams,” and that “these crimes happen in every country, big or small,” and the best way to combat them would be through cooperation between the two countries, according to an official press release from the Cambodian government.

The Taiwanese government said in August that hundreds of its citizens were held captive in Cambodia after being promised high-paying tech jobs.

Trafficking syndicates target young Asian people via social media and lure them with promises of well-paying jobs and accommodation in countries such as Cambodia. However, when the people land in the country, their passports are confiscated and they’re forced to work in illegal phone or online scams.

“We work more than 15 hours a day. They give us instructions to scam people around the world,” one victim told in a press conference held in Kuala Lumpur in April. “If we do not perform, they hit us. More than 30 of us have been mistreated because we underperformed.”

According to a Guardian report, almost 5,000 Taiwanese have been recorded traveling to Cambodia and not returning. Police say they have identified at least 370 people who are being held captive but victims claim the number is much higher. Forty-six Taiwanese have returned home in recent months and have detailed stories of assault, rape, threats, and other physical abuses.

Rescue efforts have been complicated by the corruption within the Cambodian justice system. The Cambodian interior minister, Sar Kheng, said that nationwide searches would be conducted in hotels, rented properties, and casinos for checking on foreigners and their visit status in the country.

Besides Taiwan and Philippines, Vietnam has also witnessed many citizens falling for fake online job offers. Vietnam, like Taiwan, is home to a large Chinese-speaking population. Many victims are taken to work in Chinese-owned casinos in Sihanoukville where the clientele is mostly from the mainland and there is a requirement for Mandarin speakers.

According to Radio Free Asia, the Chinese businessmen operating in Cambodia maintain a strong relationship with the local government, and are considered influential and powerful. Sihanoukville was constructed with funds from the Chinese as part of the Belt and Road Infrastructure.

The gambling houses were impacted by the COVID-19 tourism restrictions, and operators, mostly Chinese tycoons, were forced to turn to other sources of income. Over 1,000 realty projects in Sihanoukville are currently unfinished, said Ya Tong, a manager at the Cambodia Pacific Real Estate Company to RFA.