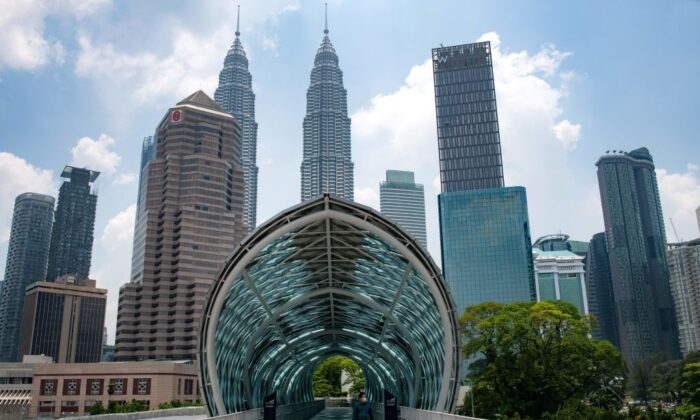 Malaysia has rolled out a new visa scheme that allows foreigners to travel and work remotely in the country, as the Southeast Asian nation strives to become the preferred digital-nomad hub in the region.

The “DE Rantau” nomad visa, which will be launched on Oct. 1, aims to promote “digital professional mobility” within the country and boost tourism, according to the Malaysia Digital Economy Corporation (MDEC).

The visa primarily targets workers in the technology industry—such as those with expertise in software development, cybersecurity, blockchain, and artificial intelligence—but it is also open to workers in other fields.

MDEC stated that applicants must earn at least $24,000 yearly to qualify for the visa, valid for up to 12 months and renewable for another year, Free Malaysia Today reported.

Malaysia also introduced a “premium visa program” earlier in September to attract business tycoons to invest and reside in the country. The visa is valid for up to 20 years and renewable every five years.

Home Minister Hamzah Zainuddin said the visa will be available to foreigners from all nations starting on Oct. 1, except for individuals from countries that do not have diplomatic ties with Malaysia.

“We are also confident that the program can draw more foreign direct investment that can strengthen the economy and create jobs for Malaysians. Demand for the ringgit will also increase and its value will strengthen,” he said, referring to the official currency of Malaysia.

But applicants must have at least 1 million ringgits ($220,000) in their bank account, and only up to 50 percent of the principal value can be withdrawn for the purchase of property or medical and educational expenses.

Hamzah said the government aims to get at least 1,000 applicants in the first year of the premium visa program, which is expected to generate 200 million ringgits ($43.9 million) in revenue for the country.

There are currently 24 countries that offer digital nomad visas for remote workers, including Germany, Taiwan, Mexico, Iceland, Portugal, and Norway.

Indonesia said it plans to launch a digital nomad visa that would allow remote workers whose earnings come from outside Indonesia to stay tax-free in Bali for five years.

Thailand is offering a 10-year visa to foreign professionals residing in the country to boost foreign investment, which targeting individuals with more than $1 million in assets and retirees with a stable pension.