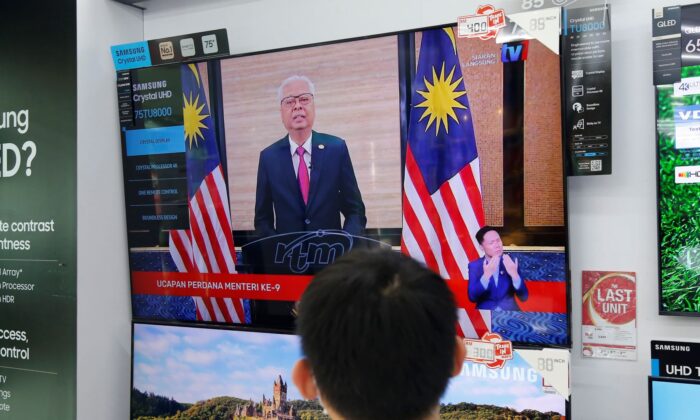 The lower house of the Malaysian Parliament passed a bill on Thursday to prevent members of parliament (MPs) from “jumping” or switching parties in the middle of their terms in a bid to curb political defection.

So-called “party hopping” contributed to the downfall of the former Pakatan Harapan government in 2020.

The proposed bill was approved by a two-thirds majority, with 209 members of the lower house voting in favor. The other 11 members of the chamber were not in attendance, according to the country’s legal affairs division.

Malaysian Prime Minister Ismail Sabri Yaakob said the parliament made a “historic” decision to ensure political stability and prevent the country from facing a political crisis caused by party defection.

“I would like to say thank you to all the members of parliament, either from the government bloc or opposition parties, for supporting the constitutional amendment,” Ismail Sabri said in a Twitter post.

Under the new law, members of parliament would lose their seats if they were to resign from their political party or try to switch political parties while in office. This would not apply to those who are fired by their party or whose party is dissolved.

De-facto law minister Wan Junaidi Tuanku Jaafar said in a press conference on Thursday that the proposed bill will be presented to the upper chamber on Aug. 9 and is expected to take effect by September 2022.

“We give freedom for states to adopt this bill, even though there are laws that we can use for states to use it,” he was quoted as saying by a state-run news agency. The law was adopted in four states.

Wan Junaidi has stated that Malaysia’s democratic system is unhealthy, citing the fact that since the 2018 election, 39 lawmakers have switched parties and the nation has gone through three prime ministers.

“This situation has caused much debate and polemic among the public, as it involves the mandate or trust of the people who elect their representatives,” he said, according to local media Malay Mail.

The country’s political crisis has been ongoing since the collapse of Pakatan Harapan, a coalition of four parties led by former Prime Minister Mahathir Mohamad, when several of the coalition’s MPs switched allegiance in February 2020.

That coalition was replaced by the Perikatan Nasional coalition government led by then-Prime Minister Muhyiddin Yassin, who eventually resigned in August 2021 after losing the majority due to his failure to control the country’s rising COVID-19 cases at the time.

Ismail Sabri signed a memorandum of understanding with Pakatan Harapan for bipartisan cooperation after being appointed prime minister in 2021. The proposed bill was part of the agreement signed with the opposition party.

He said on Wednesday that both parties have agreed that no new written agreement is required to replace the existing accord, which stipulated that the next general election should not be held before July 31.

“If I feel the time is right to dissolve the parliament, I will dissolve it … either this year or next year,” the prime minister said, according to local reports.