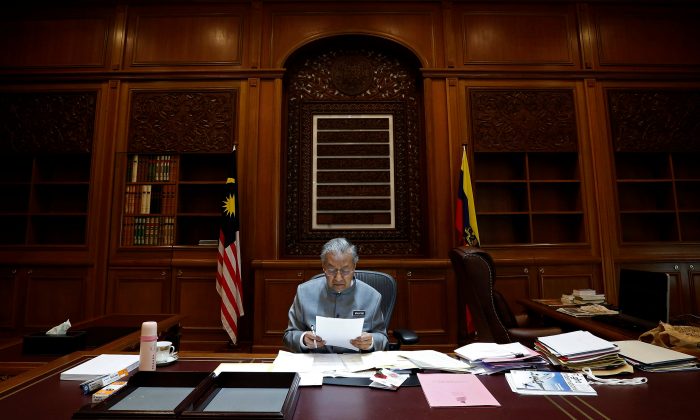 Malaysia Commits to Combating Human Trafficking After US Report

The Malaysian government stated their commitment to combating human trafficking and migrant smuggling after the U.S. State Department’s new report said the country lacked progress in countering trafficking in the past year.

The U.S. State Department released its annual Trafficking In Persons (TIP) report (pdf) on June 28, in which it downgraded Malaysia from Tier 2 to the Tier 2 Watch List. The different tiers are assigned based on the extent a nation’s government has complied to the minimum standards of the Trafficking Victims Protection Act (TVPA)—a U.S. law which monitors and eliminates international human trafficking. Countries in Tier 1 are considered to have met the minimum requirements of the legislation, while countries in Tier 3 do not fully meet the standards and are not making significant efforts to do so.

The U.S. State Department listed examples of where the Southeast Asian country failed to meet the minimum standard, including failing to implement legislative changes that would cover domestic workers under employment laws, and added that complicity among law enforcement officials hampered anti-trafficking efforts.

In response to the report, Malaysian Minister of Home Affairs Tan Sri Muhyiddin Yassin said in a statement that it would take note of the report and is “fully committed to eradicating human trafficking crimes.”

Muhyiddin acknowledged that Malaysia had been classified on the Tier 2 Watch List nine times between 2006 and 2018 and that the country had failed in curbing human trafficking.

The home minister said the country will employ more preventative efforts, including working with non-government organizations as well as intensifying enforcement operations.

“We will also continue to make improvements in labor laws, such as implementing the foreign workers’ levy on employers which started from Jan 1, 2018, and to improve the Private Em­­ploy­­ment Agency Act by increasing penalties on agencies, which fail to adhere to labor laws,” he said in the statement.

“We will also consider amending the Anti-Human Trafficking Act and Anti-Smuggling Act 2007, which will focus on protecting human trafficking victims by increasing sentences for offenders.”

He added that the government is also working toward introducing regulations that would allow victims of human trafficking to have freedom of movement and find employment.

“Foreign worker management will be monitored holistically to ensure the welfare and rights of the workers,” the home minister added.

Malaysia changed governments in May after its citizens voted in Prime Minister Mahathir Mohamad after nearly ten years of being led by Najib Razak’s scandal-tainted administration.

The Southeast Asian country has long been known as a destination for trafficking victims, including documented and undocumented workers.

It relies heavily on cheap foreign labor from Bangladesh, Indonesia, Nepal, and the Philippines, among other countries. It has nearly 2 million registered migrant workers, but there are millions more in the country without work permits.