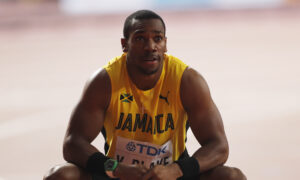 Updates on CCP Virus: Blake Says He Would Rather Miss Olympics Than Get Vaccinated
0
Share Now
TelegramFacebookTweetEmailTellMeWeReddit
Copy Link 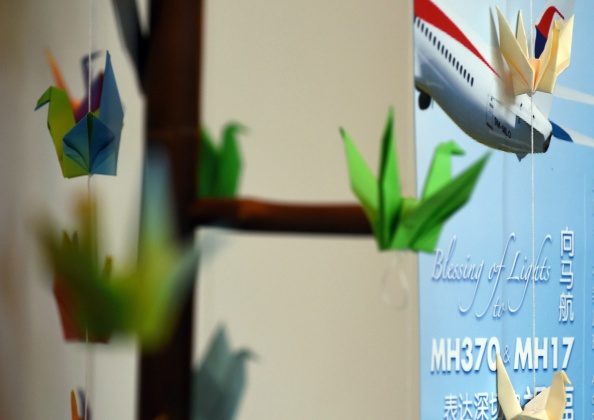 Origami paper cranes hang on a board offering prayers and condolences to the Malaysia Airlines MH370 and MH17 victims and their families at a Chinese bereavement centre in Kuala Lumpur on September 9, 2014. A highly anticipated preliminary report into what brought down Malaysia flight MH17 over eastern Ukraine will be released, hoping to shed light on the air disaster that claimed the lives of 298 passengers. AFP PHOTO/ MANAN VATSYAYANA (Photo credit should read MANAN VATSYAYANA/AFP/Getty Images)
International

The search for missing Malaysia Airlines Flight MH370 has been bogged down by disagreements among the investigators overseeing it, according to a report.

These disagreements, as the Wall Street Journal reported this week, have made the already difficult operation more complex. The search, which resumed two months ago, is taking place in the Indian Ocean, and it has been hampered by weather and technical problems.

Five teams of experts involved in the investigation, including Boeing and the Australian military, have resulted in search vessels being deployed in two different areas in the southern Indian Ocean, which are hundreds of miles apart and overlap in some areas.

The chief commissioner of the Australian Transport Safety Bureau, Martin Dolan, said that searchers said around 80 percent of probable crash sites will be investigated before government money runs dry.

The Journal said that three of the groups of experts disagreed with the other two groups. There were different models of analyzing communications between the Inmarsat satellite and Flight 370; one model assumed the plane went on autopilot until it crashed after running out of fuel, and the other didn’t make any assumptions on how the plane was being piloted.

“Originally we thought we had a consensus among the five groups, based on the best data available at the time,” Dolan told the Journal. “Once we refined the data again the methodologies diverged.”

Last week, the Australian Transport Safety Bureau issued an update on its progress, saying the “Fugro Discovery departed the underwater search area on 18 November to transit to Fremantle for resupply. The vessel is expected to arrive on 23 November and depart again for the search area on 24 November.”

It added that nearly 7,000 square kilometers have been search so far.

Tim Clark, president of Emirates Airline, said he doubts some of the facts about the plane’s disappearance.

“Personally I have the concern that we will treat it like that and move on, and it will go onto National Geographic as one of aviation’s great mysteries. We mustn’t allow this to happen,” he said, according to Airways News. “This aeroplane has disappeared without a trace. The public and the industry are questioning the lack of information and the cold hard logic of the disappearance of this and the factors that led to its disappearance.”

He believes that the aircraft’s control was taken.

“So the notion by the Malaysians that the disappearance from the secondary radar and then the ability of the military to use primary radar to track the aeroplane and identify it as ‘friendly’ – I don’t know how they did that – is something we need to look at very carefully,” he continued.