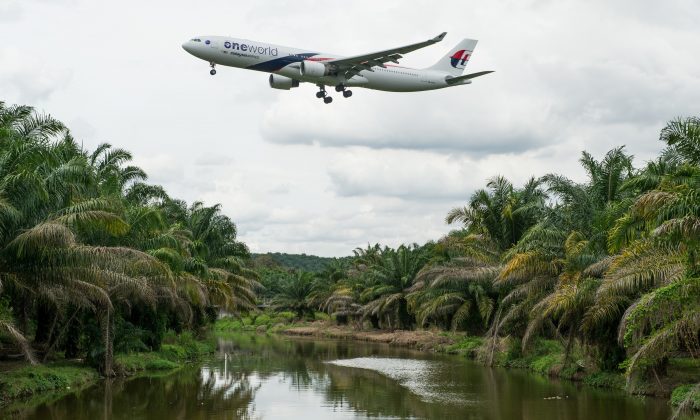 An official has warned that missing Malaysia Airlines Flight MH370 will be “officially lost” by the end of 2014 despite the best efforts of the search team looking for the plane in the southern Indian Ocean.

Malaysia Airlines commercial director Hugh Dunleavy made the comment this week, angering families of the 239 people on board the plane that went missing March 8.

He said that the next of kin will be compensated “once we’ve had an official loss recorded,” reported NBC.

Dunleavy then said the plane will be lost by the end of the year, which would effectively end the search for the missing airliner.

The Australia-based Joint Agency Coordination Centre has stressed that “Australia continues to lead the search for MH370 on behalf of Malaysia and remains committed to providing all necessary assistance in the search for the aircraft,” according to a statement.

Even though the search for the plane has been going on for months, not even a single piece of debris has been found and the hunt is said to cost tens of millions of dollars.

Meanwhile, a filmmaker who sparked anger earlier this year with plans for a love triangle-themed movie about the Malaysian Airlines plane disappearance says he’s changing the plot to a thriller so he won’t offend the families of the missing.

Director Rupesh Paul unveiled a teaser trailer for “The Vanishing Act” at the Cannes Film Festival, based on the disappearance of a Malaysian Airlines jet, which was on a flight from Kuala Lumpur to Beijing.

The trailer included an image of a gun and two crew members kissing as a third looks on in anger. That sparked anger, leading Paul to apologize to the families of the missing MH370 passengers. Now, in a statement to The Associated Press this week, Paul said he’s shooting a new trailer and the movie will be a psychological thriller.

“We respect the sentiments of all those who experienced loss due to the tragedy, and the intention was never to benefit out of it,” the Indian director said. “I am a filmmaker, and I would like to loosely base the film on one of the most baffling mysteries which has remained unanswered.”

The movie was to be out by fall, but assistant director Sritama Dutta said the change in the plotline led to a delay. Casting is expected to be completed by the end of this month with filming set in January. Filmmakers hope to show it at the Cannes festival next year.