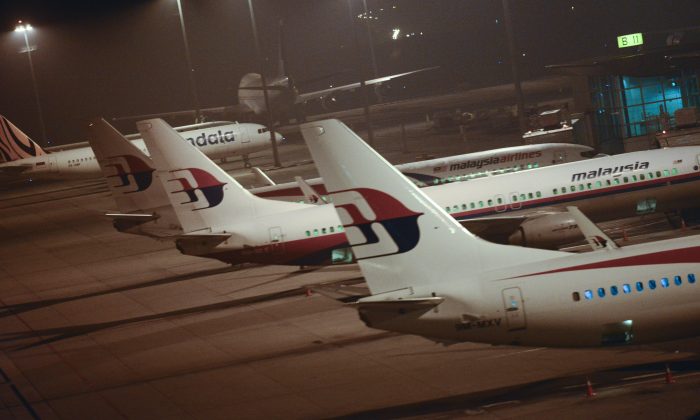 Malaysia Airlines planes are parked at Kuala Lumpur International Airport in Sepang, Malaysia, Thursday, July 18, 2013. A Malaysia Airlines flight with nearly 300 people aboard crashed over eastern Ukraine near the Russian border on Thursday, the Ukraine government and a regional European aviation official reported, Thursday, and the Interfax news agency said it had been shot down. (AP Photo/Joshua Paul)
Asia & Pacific

The search for missing Malaysia Airlines Flight MH-370 will continue in the near future, with Australia awarding the lead to Dutch engineering company Furgo.

Furgo will be in charge of the commercial contract to lead the search of the Indian Ocean floor. Australia, China, and Malaysia carried out a search in the Indian Ocean far west of Perth, but their efforts came up fruitless.

“I remain cautiously optimistic that we will locate the missing aircraft within the priority search area, but this search will obviously be a challenging one” Truss said.

Malaysia Airlines Flight 370 disappeared over the Indian Ocean with 239 people on board on March 8. It was heading from Kuala Lumpur to Beijing when radar was unable to locate it.

There’s been theories that the pilot of the plane, Zaharie Ahmad Shah, may have been responsible for the plane’s disappearance. Australian officials wrote in a report they believe someone on the flight switched on the cockpit’s autopilot system on purpose, putting the airplane on a path directly in the middle to the Indian Ocean.

The next portion of the search is slated to begin within a month and will take as long as a year, reported Reuters. Officials will have to look at about 23,0000 square miles of Ocean about 1,000 miles west of Perth.

Martin Dolan, the head of the Australian Transport Safety Board, added: “We haven’t completed the mapping, so we are still discovering detailed features that we had no knowledge of, underwater volcanoes and various other things. We are finding some surprises as we go through.”

Malaysia will also provide four vessels and equipment to help with mapping the seafloor.

Furgo, which has a base in the west coast city of Perth where the search for the airliner had been headquartered, won a tender process conducted by Australia on Malaysia’s behalf.

Truss said a 12-month search would cost about 52 million Australian dollars ($48 million), but less if the wreckage were found earlier.

Truss said Malaysian Transport Minister Liow Tiong Lai would have attended the announcement Wednesday, but he was busy with the aftermath of the shooting down of a Malaysia Airlines jet over Ukraine on July 17 with the loss of 298 lives.

Truss said he would discuss cost-sharing for the new underwater search with Liow when he visits Australia later in August.