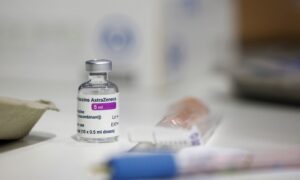 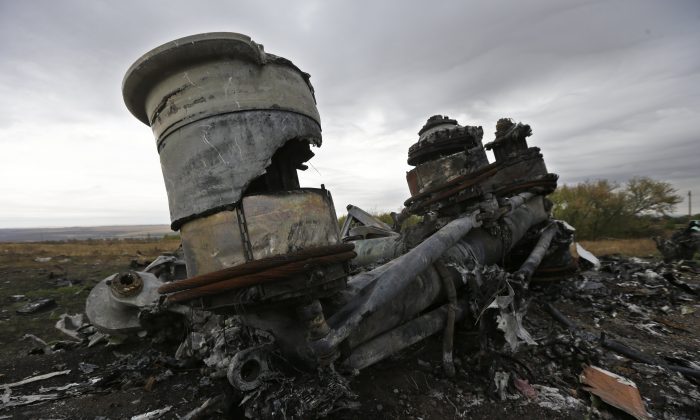 Pieces of the Malaysia Airlines Flight 17 plane are seen near village of Hrabove, eastern Ukraine, Tuesday, Sept. 9, 2014. The Dutch team investigating the downing of Malaysia Airlines Flight 17 over Eastern Ukraine says the crash was likely caused by the plane being hit by multiple "high-energy objects from outside the aircraft." The preliminary report published Tuesday by the Dutch Safety Board stopped short of saying the Boeing 777 was shot down by a surface-to-air missile, but its findings appear to point to that conclusion. (AP Photo/Sergei Grits)
Europe

Russia has categorically rejected Australia Prime Minister Tony Abbott’s calls for an apology from top Kremlin officials over the the downing of Malaysia Airlines Flight MH17 and also in compensating families of the victims.

“We totally refute the allegations and we want to commit to the full and impartial international investigation,” Russian Embassy spokesman, Alexander Odoevskiy, told SMH.com.

He added: “If the Prime Minister has, as he declares, any clear evidence, then he should bring it to the table. We haven’t seen it.”

Abbott and US officials have asserted that Russian-backed militants in eastern Ukraine downed the plane over the summer, killing 298 people. They have said that Russian-supplied missiles were used to shoot down the jet.

According to a statement released by Russia via AFP, “The catastrophe of the Malaysian airliner was the main topic of discussion between Vladimir Putin and Tony Abbott. The leaders have robustly spoken out in favour of speeding up the investigation of the reasons for the tragedy.”

It added: “The unacceptability of a situation when experts cannot get to the crash site has been noted. Vladimir Putin stressed that from the very beginning Russia consistently demanded that the investigation be unbiased, quick and effective.”

Meanwhile, this week Dutch schoolchildren silently placed flowers next to 298 candles — one for each victim of the downing of Malaysia Airlines Flight 17 — at a somber Dutch commemoration Monday of the air disaster that shook the nation nearly four months ago.

The nationally televised event in Amsterdam highlighted the ongoing grief, disbelief and anger of the families and friends of those killed when the Boeing 777 flying from Amsterdam to Kuala Lumpur was downed July 17 over conflict-hit eastern Ukraine.

Most of the victims were Dutch, but passengers and crew from 19 different countries died.

A 13-year-old girl, Gita Wiegel, recalled cuddling her mother at Schiphol before she boarded Flight 17.

“The idea I would have to miss her for four weeks was terrible,” she said. “But this, this is far more terrible. The last SMS I got from her was, ‘See you in four weeks, darling. Take good care of yourself.'”

Another grieving relative, Paul Marckelbach, recited a poem, sobbing as he read the final word: “Why?”

Other relatives, some choking back tears, read out the names and ages of all 298 victims. The list took some 23 minutes to complete.

About 1,600 family and friends of the victims were joined for the event by Dutch King Willem-Alexander, Queen Maxima, Prime Minister Mark Rutte and other dignitaries.

Anton Kotte, who lost his son, daughter-in-law and youngest grandson, gave a speech that mixed grief, anger at their senseless death and gratitude to people who have helped relatives cope with their loss.

“A missile ended their flight,” he said. “We have landed in a horror scenario. A scenario of powerlessness, anger and disbelief.”