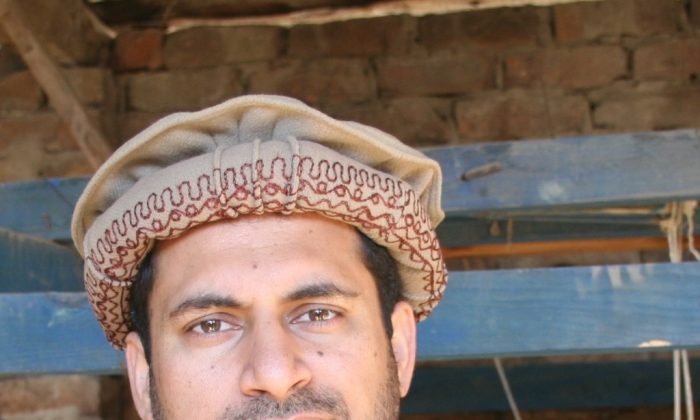 Journalist and filmmaker Mohsin Abbas. Abbas’s “Malala: A Girl from Paradise,” to be released this week, tells the story of Pakistani teen education activist Malala Yousafzai, who was shot by the Taliban and left for dead in October 2012. (Courtesy of Mohsin Abbas)
Entertainment

Malala: An Inspiration to the World

Award-winning Pakistan-Canadian journalist Mohsin Abbas’s documentary about the remarkable courage of a 16-year-old school girl from his native Pakistan will be released this week.

“Malala: A Girl from Paradise” tells the story of Malala Yousafzai, who made international headlines last October after being shot in the head and neck by a Taliban gunman for her determined efforts to defend girls’ education in Pakistan.

In October 2012, a school bus carrying Malala and two of her friends was stopped by two masked gunmen, members of the Taliban. One boarded the bus, shot Malala, and left her for dead.

But Malala survived the attack, continues her activist work, and has become the youngest-ever Nobel Peace Prize nominee.

Her friends Shazia and Kainat were also injured in the attack. They still live in Pakistan under the constant threat of being killed for demanding an education. The three girls’ struggle has become a symbol of the fight for education in Pakistan.

Abbas and a four-member crew spent nine months in Pakistan, the U.K., and the Czech Republic, where they interviewed Malala’s friends, teachers and many others for the documentary.

He said ongoing insurgency in Pakistan’s volatile tribal regions make it one of the most dangerous areas in South Asia for working journalists.

The documentary explores how the failure to silence Malala has inspired men, women, and children—not only in Swat Valley, where Malala is from—but beyond the borders of Pakistan. The film tells how a young girl from a remote village stood up against a Stone Age ideology.

Pakistan’s literacy rate is among the lowest in the world and the number of children not attending school is second highest. The government has promised to double its funding of education by 2015 from 2 percent of GDP to 4 percent, but it is far from clear that the reforms will actually happen.

On her 16th birthday on July 12, Malala spoke at the U.N. to call for worldwide access to education. It was her first public speech since the attack.

“The terrorists thought they would change my aims and stop my ambitions, but nothing changed in my life except this: weakness, fear and hopelessness died. Strength, power and courage was born,” she said in her widely reported speech.

Ross Brown is a writer for DiversityReporter.com