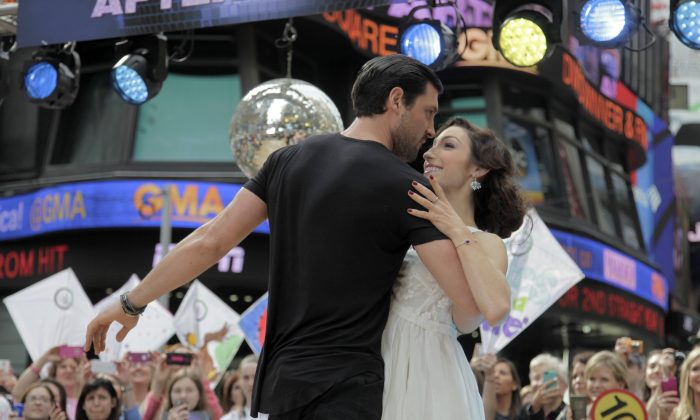 Maksim Chmerkovskiy, the “Dancing with the Stars” mainstay, might not return to the show next season, according to a report.

Chmerkovskiy told CBS that he’s probably not coming back.

“I don’t think so,” he said. “This is exhausting. It has nothing to do with money. The first thing that I did after hugging her [Meryl] … was come up to Derek [Hough] and I was like, ‘Dude, I don’t how you do it.’ He did it five times. I have no idea.”

Chmerkovskiy won the trophy for the first time on Wednesday night.

His comments amid rumors that he’s dating Meryl Davis, the former Olympic skater.

However, Davis said they’re not. “We’re not dating,” she said, and added: “We like to keep the personal lives personal.”

A source also told E! News: “In truth, there is no romance there. They’re good friends, but nothing more. The hype about it has been fun, but it’s not real.”