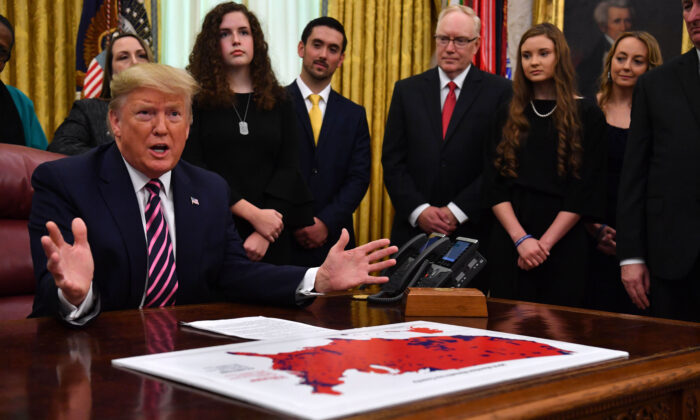 President Donald Trump speaks during the Announcement of the Guidance on Constitutional Prayer in Public Schools, at the White House in Washington on Jan. 16, 2020. (Nicholas Kamm/AFP via Getty Images)
Viewpoints 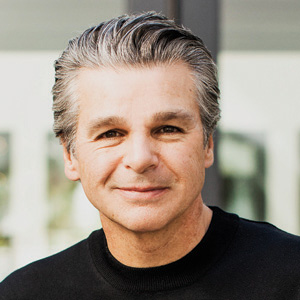 After three years of unprecedented success—ranging from two Supreme Court justices and nearly 200 federal judges confirmed, to the First Step and Right to Try acts, historic tax cuts, and historically low unemployment rates—it would be easy for a special Thursday in the January news cycle to come and go with business as usual.

But this was not just another National Religious Freedom Day—one that gets a mention on the AM radio news and then forgotten.

On that day, Jan. 16, the 45th President of the United States issued new guidance to strengthen and protect the rights of students to pray and discuss God in their schools. This directive reinforces the freedom of religion guaranteed to every American in the Constitution as one of our most fundamental rights.

For people of faith nationwide who were paying attention, this was no mere blip on the radar. This was a seismic shift that will ripple through every public school in the United States as children of all faiths will now be able to pray informally as much as they desire, and formally during non-instructional time—as often as their faith dictates.

To underestimate the significance of this historic moment would be to forget our most basic human right—our freedom to worship.

First, I want to do all I can to cause people to stop, express gratitude to this administration, and to thank God for lifting decades of religious oppression off children of faith from shore to shore.

Second, the president has done his part—now, it’s time for parents of all faiths who are raising their children to follow God and pray to Him as they wish to do their part. Take the time to tell your children that it’s OK to openly pray before they eat, before they take a test, or for any other reason. It’s also now 100 percent OK to gather with their friends during non-instructional time to pray together.

Tell them that because of what their president did on this day, they’re no longer required to leave their God at the school gates.

Make sure they understand that this is not the time to coerce or force anyone to accept their beliefs—but rather that they’re the first in decades whose government must now respect their constitutional right to freely express their faith in their public school. Tell them this right didn’t come easily and must be held in the highest of regard and appreciation—not with pride and arrogance, but in all humility and gratitude.

Once again—we must not consider this “common.” This dramatic action from the highest office in the land reverses years of discrimination against religious organizations simply because of what they believe—not because of any religious persuasion or lobbying efforts, but because the Bill of Rights and the First Amendment of the Constitution demand it.

We understand separation of church and state for what it was originally intended to do. In short—the government must maintain an attitude of neutrality toward religion. The First Amendment not only allows citizens the freedom to practice any religion of their choice, but also prevents the government from officially recognizing or showing preference to any religion. This is a foundational freedom for all Americans.

Parents, we must not let this milestone pass as just another day. Make no mistake—on that day, history was made, for your children, and hopefully for your children’s children. They’re the reason I’m in this fight, and on Jan. 16, we took a hill that has long been occupied by those whose aim is to silence people of faith in the public square.

On that day, an invitation was extended to the God of the universe to once again be welcome in our nation’s schools. Uncommon indeed.

Jentezen Franklin is the senior pastor of Free Chapel, a multi-campus church. Each week, his television program, Kingdom Connection, is broadcast on major networks all over the world. A best-selling author, Jentezen has written 10 books, including his most recent “Acres of Diamonds.”

Jentezen Franklin
Follow
Jentezen Franklin is the Senior Pastor of Free Chapel, a multi-campus church. Each week his television program, Kingdom Connection, is broadcast on major networks all over the world. A best-selling author, Jentezen has written ten books including his most recent "Acres of Diamonds."