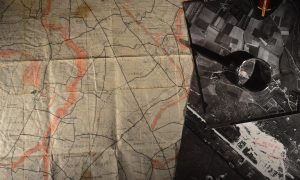 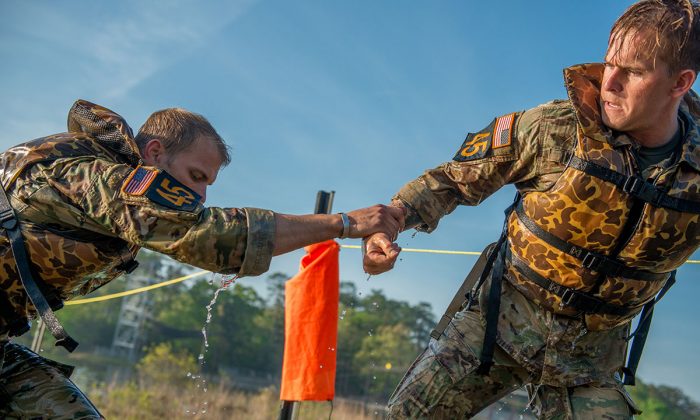 Make ‘Rules of Ranging’ Your Rules for Business: Part 2

This list of combat-proven knowledge isn’t just applicable to the battlefield. In Part 2 of this series, we’ll explore how you can adapt these strategies in your professional daily life.

Rule 4: ‘Before reaching your destination, send one or two men forward to scout the area and avoid traps.’

Or ‘Research your environment and know your competition.’

If you’ve ever taken a college-level business class, you’re probably familiar with a SWOT analysis. It may be Business 101, but mastering the basics is what elite performers do. You should already know what your strengths and weaknesses are, but have you evaluated the white space for your business as both an opportunity and a threat?

In the special operations community, this concept is known as the first SOF Imperative: “Know Your Operational Environment.”

When it comes to the highly competitive space that is new business development, knowing who you’re competing against can often be just as important as knowing the potential client. If this wasn’t almost universally true, organizations wouldn’t insist on the signing of non-compete clauses at the same time as signing non-disclosure agreements.

Rule 5: ‘If prisoners are taken, keep them separate and question them individually.’

Or ‘Don’t allow threats the opportunity to collaborate.’

At face value, this rule may seem the most likely to have no business world analog, and I would indeed agree that if you’re working a 9-to-5 job and you’re taking people prisoner, you need more help than this article can give.

However, there’s never a reason to allow your opponents or rivals the time, space, or opportunity to coordinate efforts against you. You must always strive to be proactive, since when you’re forced to be reactive, you’re giving up control of your own actions to a certain degree.

This rule also has value outside of the unlikely attempt that you encounter sabotage, and even more so beyond the likely scenario that your competitors will all find universal cause in putting you out of business. We need to consider both indifferent and apathetic low-performers, as well as toxic leaders in your organization.

If you tolerate an individual who doesn’t care about the most basic principles of doing good work, you’re endorsing a culture of apathy in your organization. If an employee doesn’t care or is just plain lazy, he or she doesn’t have a role on my team; furthermore, I’m not going to take the easy way out and transfer them somewhere else where they’re “not my problem anymore.” Don’t allow complacency or give indifference safe harbor, for any amount of time.

Rot doesn’t only start from the bottom, either: You can’t suffer a toxic leader within your organization. A disease that starts at the head will always kill the body faster. The leaders in your organization must be absolutely committed to being morally courageous, intellectually honest, and willing to be an example of what they demand from their people.

Rule 6: ‘Marching in groups of three or four hundred should be done in three separate columns, within support distance, with a point and rear guard.’

Or ‘Clearly defined task organizations are a must, but silos make your organization weak’

Regardless of the structure your organization uses—whether it be the timeless hierarchical model or the periodically in-style flat version—the important part is that you have a task organization with clearly defined and aligned roles.

It’s my opinion that the most effective members of an organization are those who are agile; by being able to take on any given task or problem with a fluid approach, the number of possible solutions is multiplied and the risk of failure mitigated. However, it’s also vitally important that every individual not only knows what his or her task and purpose is, but also the tasks and purposes of those working above and below them.

The greatest risk you can build into your organization is enough gap between responsibilities that if a ball is dropped, people will legitimately say they don’t know who did it. The other side of this coin is building in too much redundancy, causing a self-defeating culture of anti-efficiency.

Build your organization out with teams that know what to do and when to do it, regardless of what this structure looks like on paper. If they’re spread too thin and put into play with no guidance, they’ll drift aimlessly further and further away from your goals and objectives. Stack them too tightly in silos and one unforecast variable or outlier can take down the entire structure.