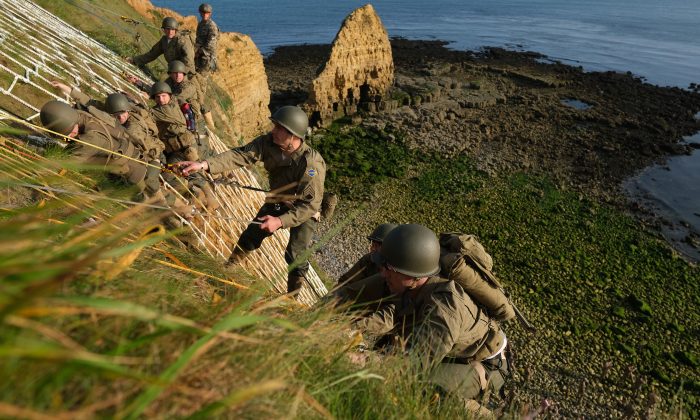 U.S. Army Rangers dressed in the uniforms of U.S. Army Rangers from World War II scale the cliffs of La Pointe du Hoc in a re-enactment of the D-Day assault on June 05, 2019 near Cricqueville-en-Bessin, France. Sean Gallup/Getty Images
Viewpoints

Make ‘Rules of Ranging’ Your Rules for Business: Part 1

In 1757, in the middle of the French and Indian War, Major Robert Rogers composed a list of 28 rules intended to serve as operational guidelines for his legendary and groundbreaking light infantry force, the original special operations unit known as “Rogers’ Rangers.”

This list of combat-proven knowledge isn’t just applicable to the battlefield. In this series, we will explore how you can adapt these strategies into your daily business life.

Rule 1: ‘All Rangers are subject to the rules of war’

Or ‘Never compromise your integrity.’

No matter what the latest repackaged “Art of War” is screaming at you from the business category on Amazon, your office job is not the same as warfighting. So I’m not going to insult you by implying that the “Rules of War” are directly translatable to what it is you do from 9 to 5. However, there are rules that apply to you in your industry, whether they are regulatory or ethical.

The legal rules tend to be pretty black and white; it’s your company’s code of conduct and your own internal moral compass that are often more complicated to apply evenly across the spectrum of what you’re doing on any given day.

It’s important to say that the rules of war aren’t disposed of when you find yourself going to war with an enemy that doesn’t follow them; what sets you apart from those types of opponents is an unwillingness to compromise your values in order to sink to their level. You must make this your everyday practice when it comes to both laws and regulations, as well as your own moral code.

Leaders need to be able to lead with authority, and nothing inspires more loyalty than being a leader who has a highly visible adherence to a moral code. You can’t expect more of your team than you demand of yourself. You may think they’re not paying attention to the small things when you find a quick and “harmless” shortcut, but rest assured that over a long enough timeline, they will. When that happens, ambiguity will spread like a cancer and rot your organization from the inside.

Rule 2: ‘In a small group, march in single file with enough space between so that one shot can’t pass through one man and kill a second.’

Or ‘Diversify or die.’

Success breeds fragility, as defined by professor Nassim Nicholas Taleb in his book “Antifragile.” It’s easy to see a positive trend and fall in right behind it, following what appears to be a positive path that can only stretch forward to further success. Soon, we may align all of our assets into this column and become complacent with what is happening outside of our field of vision.

Never assume that the harvest of last year is due to you this year, and never get so comfortable that you become complacent. There’s a reason why advice like never putting all your eggs in one basket is timeless: When you allow success to make you susceptible to catastrophe, you have written the story of your own defeat in the blood of those who look to you for leadership.

If your entire business balances on one client, you’re completely and utterly susceptible to the whims and budgets of that client. If you grow comfortable with your cash flow and neglect the new business pipeline, you’re foolishly vulnerable to outside forces. This principle extends to your team members and the technology you use. You’re grouping your entire organization around a single element and, therefore, building a single point of failure into the framework and foundation of the organization. You’re hardcoding failure and fragility into everything you do.

Stop. Think. Spread out your personnel and forces. Don’t allow a single bullet to take out your entire team.

Rule 3: ‘Marching over soft ground should be done abreast, making tracking difficult. At night, keep half your force awake while half sleeps.’

Or ‘Operational security, at all times.’

One of the most shocking things for me entering the corporate world after serving on several Special Forces teams was how lax many organizations in highly competitive industries were with information about their operations.

It doesn’t take industrial espionage to sabotage a company, just poor operation security. In World War II, the posters warned us that “Loose Lips Sink Ships” and that’s just as true today as it was then.

Operational Security, or OPSEC as we called it in the military, should be a part of your organizational culture, from the bottom to the top. Simple things such as reminding people not to discuss projects or clients in the elevator or at lunch reduce the amount of exposure and risk of compromise for both yourself and your stakeholders. It’s far less likely that nefarious agents or bad actors are going to give up sensitive information than the possibility you’ll be compromised by the careless and/or reckless behavior of your employees.