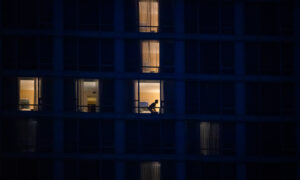 Justice Murray Sinclair, the chairman of the Truth and Reconciliation Commission, said the dark history of Canada’s residential schools provides lessons that go far beyond the school experience itself.

“We ended up learning about, and therefore writing about, much more than residential schools, for this history is about so much more than just schools,” Sinclair told a ceremony at Rideau Hall, the Governor General’s residence and symbol of the Crown’s legal responsibilities to Canada’s Aboriginal Peoples.

This history is about so much more than just schools.
— Justice Murray Sinclair

A summary of the commission’s conclusions, including its description of a “cultural genocide” and the estimated deaths of more than 6,000 children, was released Tuesday along with an exhaustive list of 94 recommendations.

“My fellow commissioners and I are convinced that for healing and reconciliation to happen in this country, such work must be done as a high—and in some cases urgent—priority,” said Sinclair, as Harper looked on.

“And it must be done in partnership.”

It’s the question that now hangs over the $60-million class-action settlement and the commission it spawned.

As Gov.-Gen. David Johnston himself put it at the ceremony: “This is a moment to ask ourselves, ‘Where do we go from here?'”

Harper did not address the gathering at Rideau Hall, but on Tuesday in the House of Commons he suggested that his government has already moved on addressing aboriginal concerns in the seven years since he issued an historic apology from the government of Canada.

The commission report’s authors have a different perspective, and Harper’s political adversaries are quickly jumping into the divide.

An NDP government would put a “filter” on all decisions that it makes to ensure every action respects First Nations’ treaty rights, inherent rights, and Canada’s international obligations to indigenous peoples, he said.

Mulcair also reiterated his promise to launch within 100 days of taking office a royal commission of inquiry into murdered and missing indigenous women.

Meanwhile, an Australian Aboriginal leader in Alberta this week warned First Nations celebrating the release of the Truth and Reconciliation not to get their hopes up.

Back in the 1990s, Australia held its own inquiry into the removal of Aboriginal children to state-run schools. The process resulted in a massive report and a national “Sorry Day” that’s been held every year since 1998. In 2008, then-prime minister Kevin Rudd formally apologized on behalf of the government.

And that’s about it, said Adrian Burragubba, leader of the Wagan and Jagalingou Traditional Owners Family Representative Council from the state of Queensland.

“It didn’t help us. We didn’t get anywhere.”

Burragubba, who is in Alberta as part of an international tour to raise awareness about his people’s fight against a giant coal mine on their lands, said the “Bringing Them Home” report got headlines for a few days, then faded away.

“It’s basically an emotional feel-good thing and people moved on. The general population has this idea that our culture should be protected, but no one wants to help us out of poverty,” he said.

Like Canada’s commission, Australia’s report examined how Aboriginal children were taken from their parents by government, welfare, or church authorities and placed into institutional care or with non-indigenous foster families.

The practice lasted from the mid-1800s until the 1970s. The report found that between one in three and one in ten Aboriginal children were removed from their families as a result of government policy.

But Burragubba said Aborigines still have to fight to get their land rights recognized. Only one Australian state has implemented a compensation package for those who suffered under the policy.