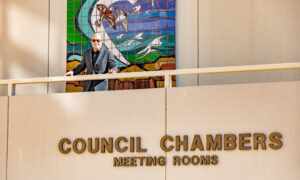 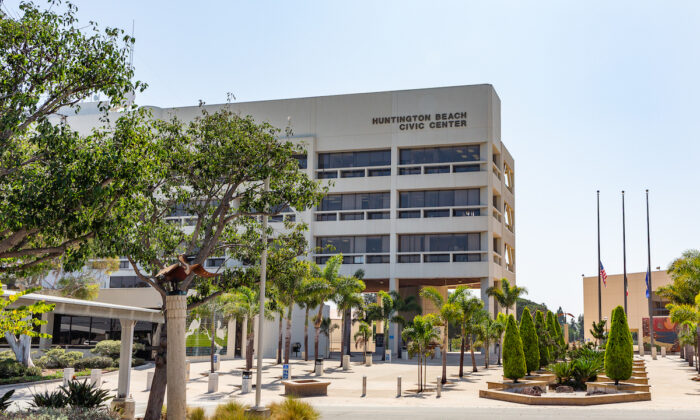 All but one Huntington Beach City Council members were served recalls during an Aug. 3 council meeting, adding to the list of more than 50 recall campaigns currently underway in the state.

Neal said the impetus for the recall comes from the city council’s “failure to protect the citizens of Huntington Beach from state efforts to change our zoning laws and destroy our single-family home beachfront community, and turn it into one urban high-rise, high-density development.”

“The state’s pushing that and our city reps are shrugging their shoulders and saying they’re not going to fight it,” Neal told The Epoch Times.

City clerk Robin Estanislau told The Epoch Times she sent a letter to Neal informing him that Bolton could not be recalled at this time because she has not served as a councilmember for at least 90 days.

Estanislau said that during an open election of a council member, the public would be able to recall them. However, since Bolton was appointed to an unexpired term, a recall cannot be filed until after 90 days passes.

The NOIs were received both in person and via certified mail with over 40 signatures per councilor, surpassing the minimum 20 signatures required. Proponents will have 160 days to gather signatures, once Estanislau approves the petitions for recall.

Estanislau said she is reviewing the NOIs for “word count, voter registration status to make sure that their notice is acceptable.”

Once the councilors that are sought to be removed receive the NOIs, they have seven days to file a response.

The proponents of the recall must publish a notice in the city’s adjudicated newspaper to inform the public of the recall.

Huntington Beach has 133,989 registered voters, Estanislau said. A recall petition must gather 10 percent of that number in signatures, which is 13,399 signatures.

The Orange County Registrar of Voters recommends proponents gather an additional 50 percent, or 6,700 signatures, to qualify. The total number of signatures adds up to 20,099, but they only need to certify 13,399 signatures.

The councilmembers sought to be removed did not respond for comment by press deadline.

Councilmember Erik Peterson, the sole councilor that was not served an NOI, was absent from the meeting because he was celebrating his wedding anniversary, he said.

“There’s a lot of signatures they need, but if you got half the people that voted for Tito [Ortiz], who were very upset—they believe the council went after him, as part of the reason he left—if you get half of those people to sign it, you have enough signatures,” Peterson told The Epoch Times.

“I’m glad people are at least getting involved in seeing what’s going on, because there’s been a lot going on in Huntington Beach. We are a center-right community, and we have a very, very progressive agenda going right now, pushed by city council and it’s basically pushed by the six they’re recalling,” he said.

Neal said the council members who have been served NOIs have chosen a replacement for Ortiz—Bolton—who “has never run for office in Huntington Beach,” thereby not giving “account to the voters.”

Council appointed Bolton July 26 to fill a vacancy, following Ortiz’s resignation from the council. Bolton was immediately sworn in to serve a three-year term that expires in December 2024.

He said the council’s decision not to fill the vacancy with Gracey Van Der Mark, the next highest vote-getter, or calling a special election, has “disenfranchised” the voters.

Neal was concerned that Bolton has very different views from Ortiz, who is “more aligned with the homeowners who are seeking to defend their homes and their neighborhoods from the aforementioned state led efforts to urbanize suburbia.”

The council decided in April 2021 not to file an appeal against its state-mandated housing allocation, which requires the city to zone land for 13,368 units by 2029. The motion to appeal was struck down by all councilors at that time, except Peterson and Ortiz.

“We had a lawsuit ready to roll and five of the six council members being sought for recall refused to support a lawsuit,” Cari Swan, resident and member of Save Surf City, told The Epoch Times.

Swan said the state housing mandate affect resident’s quality of life by changing “the entire landscape of our city.”

“Huntington Beach prides itself on being a suburban beach community. It’s the place where you buy a home to raise a family … And this appears to be an attempt to change that from suburban to urban and everything that goes with that including reduced safety [and] strained infrastructure,” she said.

Swan said recall petitions may be ready for circulation by September.