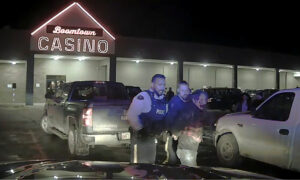 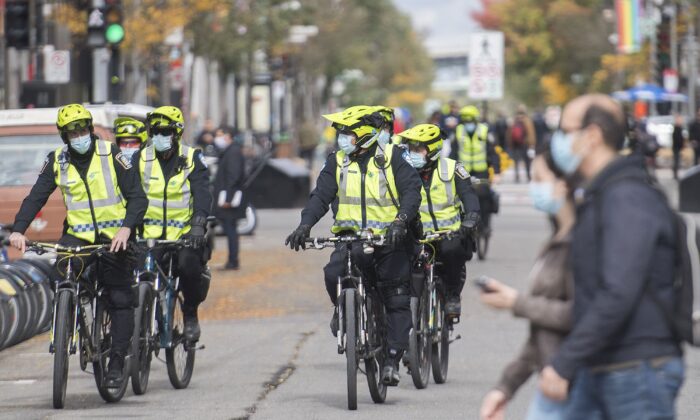 A major study that looked at Canadians’ perspectives on policing has found that the vast majority of Canadians view police favourably.

Conducted by the Angus Reid Institute, the study took Canada’s national pulse on policing issues in light of recent racially charged protests in the United States and elsewhere, and related calls to defund the police.

Canadians across the country in different age groups and ethnicities were asked about their experiences with the police, whether they view them favourably or not, and whether they felt more or less secure in the presence of police.

However, younger Canadians were less likely than their older peers to view the police positively. Those aged 18-24, on average, said they feel less secure when they see a police officer (38 percent) than more secure (32 percent), whereas this tendency was reversed in all older age groups. Similarly, more than one-in-three 18-24-year-olds (37 percent) view police in their own community unfavourably, compared to just one-in-ten (11 percent) among those 65 and up.

This view is consistent across the country, with no province or region having less than 73 percent in favour of police. Rural areas tended to favour the police over urban areas.

Thirty-six percent of respondents viewed their interaction with the police as totally positive, while 44 percent viewed it as more positive than negative.

Four percent of Indigenous people, visible minorities, and Caucasians viewed their interaction with the police as totally negative.

Another section of the study asked respondents whether the police make them feel more or less secure.

Older generations tended to feel more secure when they see a police officer: 57 percent of those over 65 felt more secure.

Canadians were categorized into four groups based on their answers to seven questions about police and their place in the community. The four groups were described as True Blue (26 percent), Silent Supporters (26 percent), Ambivalent Observers (22 percent), and Defunders (25 percent).

Those categorized as True Blue tended to be wealthier, with 39 percent holding an annual household income of over $100,000.

The Silent Supporters and Ambivalent Observers had household incomes nearly identical to the national average of around $50,000.

The Prairies had the highest percentage of True Blue respondents: 39 percent in Alberta, 44 percent in Saskatchewan, and 33 percent in Manitoba.

In Saskatoon, 38 percent of respondents were categorized as True Blue, while in the Greater Toronto area 39 percent were Defunders.

The last section of the study analyzed each of the four groups’ attitudes toward the police. The disparity between the four groups was demonstrated by how much pride each feels for their local police, their past experiences with officers, and whether they feel secure or not.

For the True Blue group, the feeling of pride was strong and almost unanimous, whereas 72 percent of Defunders tended to disagree with this notion.

Forty-seven percent of Defunders said they feel less secure around the police, while 45 percent categorized as True Blue feel safer in the presence of the police.